Five Questions With Bears In Hazenmore 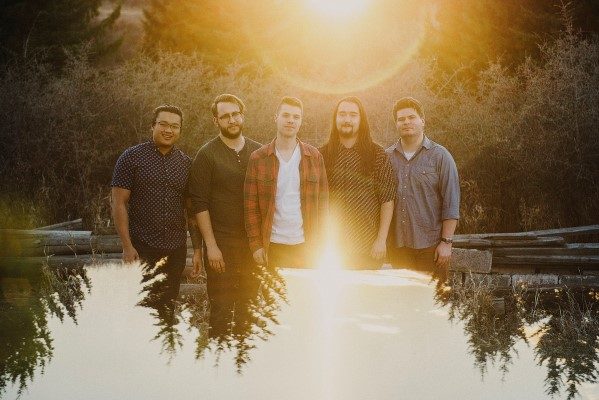 Regina, SK-based Bears In Hazenmore will be releasing their debut full-length album, Atlas on June 15. In advance of the album release, the band has unveiled their single, “In Your Head”. You can check out the single below, and find out more about this alternative rock band in our newest segment of Five Questions With.

Hi there readers, we are Bears in Hazenmore, an ambient rock band from Regina, Saskatchewan. We’ve been writing, touring, and snacking together as a band since 2014. There are five of us: Brady Frank, Dana Rempel, Darnell Stewart, Tanner Wilhelm Hale, and Dalton Lam. We all have our roots in Swift Current, Saskatchewan and we are all best friends. Sometimes we’re the backing band for singer-songwriter Megan Nash. She is also our best friend.

When we write, we find a spot in rural Saskatchewan and then isolate ourselves there for few days. Usually one of us will bring in an idea and we’ll work together on it from there. Sometimes those ideas are fully written songs that only need some arrangement, sometimes they’re just a chord progression or a melody. We use a lot of effects in our music like delay and reverb to create ambient textures. We have a new album coming out too! It’s called Atlas and it’ll be released on June 15th.

We have shows all over Canada this spring supporting our album release! Our first show is on April 24th in Windsor at the Phog Lounge. You can also catch us in Halifax at the Seahorse Tavern on April 28th, or in Toronto at our Canadian Music Week showcase at the Cameron House on May 12th! You can find all of our tour dates on our website or any of our social media pages. We encourage people to message us and tell us where to eat in their city.

Our live performance is pretty dynamic and high-energy. An interesting part of our live show is that our trumpet player Dalton uses a lot of effects on his instrument.

He can make some pretty cool sounds if he isn’t too busy thinking about where he’ll get his next egg. He loves eggs.

Check out the first single from the new album called “In Your Head.” It’ll be released April 27th along with a music video!

There are so many! But these days we are all really digging The Moon Runners, Vissia, Aidan Knight, Megan Nash, Charlotte Day Wilson, and I am the Mountain, just to name a few.