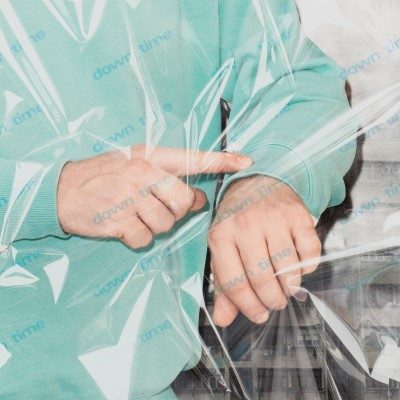 We often make major life decisions wondering if they’re for the best. Montreal Electro Pop group Young Galaxy recently released their sixth LP as their first independent album after being signed to prominent Canadian Indie labels (Paper Bag Records and Arts & Crafts) in the past. Whether it’s an artistic statement, an opportunity for a fresh start, or both, it’s a risk. On Down Time, they float in and out of an isolated comfort zone, sometimes wandering too far for outsiders to comprehend, and sometimes finding a sweet spot between illusion and self-discovery.

Throughout their discography, Young Galaxy has cultivated a shoegaze/dream pop style, trademarked by outer space-themed special effects woven into synth-generated sequencing. This remains the case throughout Down Time, which aims to include elements of Earth, forming a somewhat paradoxical location, physically and mentally.

“Show You the Valley” and “Under My Wing” are equally removed from reality. The warped textures and disembodied vocals only enhance the vagueness of the album, furthering the divide between “us” and “them”. The steadiest tracks on Down Time prove to be the more successful ones; “Seeing Eye Dog” balances synths that bleed ever-so-slightly like watercolours with a base pulse. With this stability comes an infectious fervour as McCandless sings “Our love Is a buffer to the bullshit/Is a fire that runs right through it/These days I want to lean into it”. As we tiptoe with intrigue into their world, we’re rewarded with stunning harmonies in the track that follows, appropriately titled “Catch Your Breath”.

Down Time is always cerebral, though sometimes unhealthily so when detached hallucination permeates the album. When the duo builds a foundation before reacting to their instincts, the result is intimate and sublime.