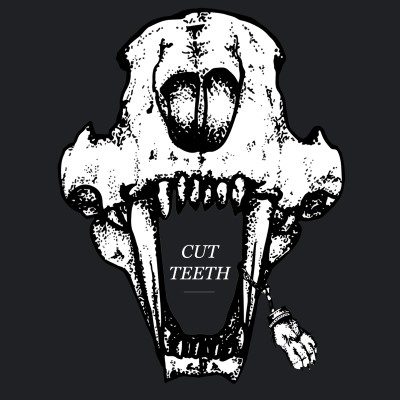 Opening slow with the acoustic brooding of “Cable Cars”, Fortunate Losers take the darker alternative elements from a wide range of influences including Our Lady Peace, Smashing Pumpkins, and Our Perfect Circle to create an explosive number that builds from its slow burner opening to a sludgy rocker full of shifting pulses and muted lead lines from Cox’s guitar.  The combination of acoustic guitars with thick cuts of distorted and fuzzy electric tones makes Cut Teeth stand out on tracks like “Midnight Face” and “One Seat Limousine” among others.  Where it is very common in modern rock and indie music for the electric and acoustic guitar to appear as polarizing textures, Fortunate Losers use them together, sometimes intertwined, in a manner that adds a fuller sound to the recording.  When you factor in Moir’s driving grooves – similar in tone to that of Abe Cunningham of The Deftones – Cut Teeth has a very strong vibe that is unlike any other in the Canadian independent music scene.

Rather than reminisce about the golden era of grunge and alternative rock, Fortunate Losers draw heavily from it but include a number of modern rock influences from the late 2000s moving forward.  This not only makes Cut Teeth sound very modern, but it also gives the band a far more expressive sound.  The band can go from the ambient acoustic ballad of “Tasteful Tragedy” to the bombastic rocker of “Pocket Candy” and the grimy crawl of “Silhouettes Divide”- in which Cox’s vocals soar in a stellar vocal performance- with ease, making for a highly versatile record.

Fortunate Losers go all in on a dynamic release that is simply exciting to listen to.  The musicianship throughout the trio, paired with the band’s unique songwriting puts the band in a position equal to that of some of the province’s top rock artists and the unexpected nature of their writing as the band navigates through the many nuances of their sound only fuels the fire that is Cut Teeth.