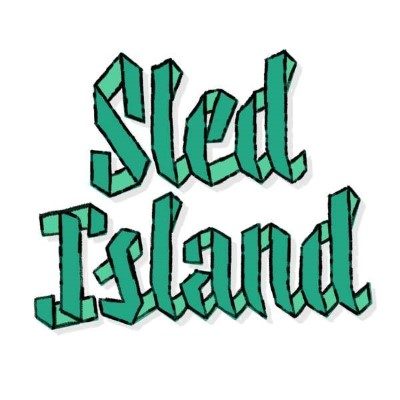 Sled Island is back in 2018 for another year. This festival is now hitting their 11th year, and turning Calgary into a musical paradise. For five days, more than 250 bands, film-makers, and artists take over 35 venues around Calgary to bring a range of comedy, art, films, and music.

You can check our previous announcements HERE.

With so many talented and diverse artists, trying to narrow down the must-sees this year was a challenge. Though this list focuses on the bands and musicians, there are a ton of great films, comedy, and conferences that should be checked out as well. Hop over to the official site and check out the entire line up.

5. This is a name that you have seen on the site a couple times, Peach Kelli Pop. With an album that was released for Record Store Day, and though originally Ontario born, this Los Angels based band is bound to bring the power-pop stylings to Sled Island. Though be prepared when you check out this band that the instrumentals are all upbeat, the emotions of the lyrics are on the darker side. Singing about toxic beauty and heartbreak.  So while you dance your heart out, you’re bound to shed a few heart-filled tears.

4. is Saskatoon-based hip-hop band CRABSTYLE. Trying to hit as many genres as possible on this list, this wasn’t a hard choice to throw this five-piece band on the list. 90’s kids will have a throwback over nostalgic stylings. With the soulful beats yet sample-heavy production, there is no shortage of the classic record scratches which will have you un-doubtfully bobbing your heads.

3. Being a huge fan of metal, punk, and the sub-genres in between, Toronto’s No Warning was bound to appear on the list. With a recent album Torture Culture (October 2017) the band seems to not die down. Not only does this band keep grinding but the album had hit Exclaim!’s list of Top 10 Metal and Hardcore albums of 2017. So get out your moshing shoes and get ready for a rowdy time.

2. With a ton of diverse bands and artists, and so many languages spoken across Canada. We needed to include our second national language on this list. With a few tracks sung in French, Montreal based Lost Creatures bring their bouncy synth-based pop and are going to stand out with the more delicate vocals. Lost Creatures is always ready to dance and have a good time which will be just as infections to the audience.

1. 40 Watt Sun likely needs no introduction. Frontman, Patrick Walker originally started UK based doom-metal band Warning and has released their first demo album in 1996. When disbanding the band in 2009, he formed and continued to release music under his name and 40 Watt Sun. Moving away from doom-metal and focusing on a more alternative rock style, 40 Watt Sun still brings stylings from earlier doom metal days with more dynamic down-tempo rhythms but still having more darker themed lyrics. If you have a chance to see any Non-Canadian band during the festival. I highly recommend checking out 40 Watt Sun.