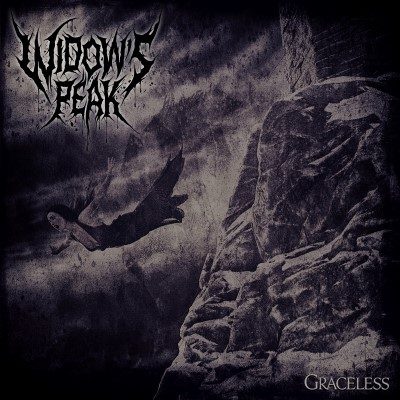 Do you like dirty, brutal technical death metal? Look no further than Widow’s Peak. Based out of Calgary, AB, the band has just released their debut EP Graceless. For the fans of Aborted, Dying Fetus, Cattle Decapitation, and Cannibal Corpse, you’re about to experience another amazing act from the mid-west. Focusing on a more realistic approach such as daily struggles versus a mythical aspect this band definitely brings a more aggressive feel to the genre.

Their first single “Mother Misery” brings pure mayhem to your ears. Opening with a short but catchy melodic riff before rushing into the brutality of the song, it will have your head rushing with amazing layers from all the instrumentalists.

The also previously released “CBT”, unlike “Mother Misery” this track brings its harshness from beginning to end. For fans who are just exploring death metal and want a taste of the faster vocals, this one’s for you. Though definitely one of the faster and more aggressive tracks on the album, the song still welcomes melodic but fast guitar moments to get your head banging and get you on your feet, moshing. With lyrics such as “They hate me for what I’ve done to them Bashing, smashing spastically Enfold this hatred within They hate me for what I’ve done”, brings out an example of the anger of daily life.

The entire EP will grab your attention and take you for a ride through the inspiration of Widow’s Peak. Unlike most metal bands taking ideas from myths and legends, Widow’s Peak takes daily life, pain and the truth of mankind and brings it to light. Don’t avoid this six-track EP and be prepared for a new approach to an older death metal style.