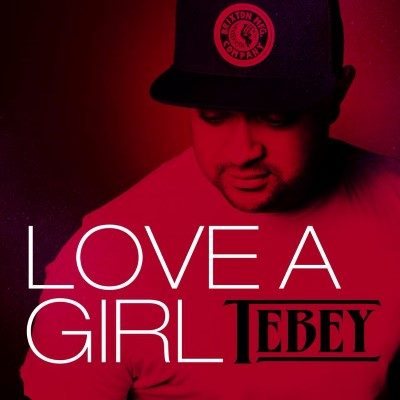 Canadian songwriter and solo artist Tebey has released his new EP Love A Girl under Road Angel Entertainment/Warner Music Canada. The multi-talented Peterborough-native is no stranger to the game. His resume boasts songs for major pop acts like One Direction, to country icons Big & Rich, and a range of artists in between.

His own music, having released two successful EPs to date, has earned him back-to-back CCMA nominations for ‘Rising Star’ – and the Nashville based hit-maker is ready for fans to hear his latest project.

“Denim On Demin” kicks things off as an up-tempo country jam that could easily find its way onto country radio. We then move on to the sultry-romantic “That’s Gonna Get You Kissed”. “Who’s Gonna Love You” is a definite pop-country groove, with just a few sly guitar licks to add a little funk. The title track “Love A Girl” comes with a swoon-worthy chorus; one of the highlights comes from the slick up-tempo “Wreck Me” – it has the pop-country crossover that you would expect from someone who’s written for some of the best in both respective genres. Everything wraps up with “Show You What It’s Like” which might be the most pop-infused of the album, especially in the chorus. Lyrically, just like the others, it’s all kinds of sweet.

Love A Girl is a solid pop-country EP with the kind of infectious chorus’ that Tebey is known for writing and creating, both in his own music and the music he creates for the radio hits we all know by heart. Vocally he never wavers.  And as a fan of both genres, I’m really impressed with the way he’s crafted these songs – there’s an overall sense of fun and romance when he sings. Knowing who he’s written for, it doesn’t surprise me. I really hope we get to hear these songs on country radio very soon.