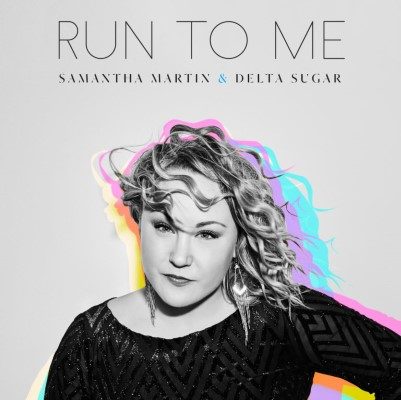 Her debut album Send the Nightingale earned the group four Maple Blues nominations in 2016, featured them on CBC regularly, and earned her and her band spots on major Canadian festivals and venues all across the country. In 2017 they were chosen by a selected panel to represent Toronto at the International Blues Challenge – an impressive resume for a group that is only on their sophomore album. Next up for Samantha are two European tours scheduled for 2019.

One of the themes in each song is the relatable voice in the lyrics; the universal themes that Samantha touches on. “You’re the Love” and “Gotta Find It” tell stories of desire backed by rocking horn sections, while “Will We Ever Learn” is all about those learn-your-lesson kind of loves, set as a slower Etta James-style ballad. Vocally I love the richness in  “Wanna Be Your Lover”. “Chasing Dreams” has a killer horn section, paired with the powerful runs Samantha showcases around the chorus.

“Good Trouble” is 100 percent feel-good. Anyone who’s ever run into an ex will easily identify with “Over You”; and that reliability and honesty play throughout the entire album, which is why it’s easy to connect with Samantha. “This Night is Mine” is a sweet, free-feeling melody. “Only So Much” is a heartbreaking ballad that tells the story of a struggling mother. Bringing the vibe back is the final song “All Night Long”; even though she sings of a woman scorned, her band keeps the energy high with gorgeous harmonies and a steady rhythm.

The soulfulness in her voice and the way her songs are arranged feel like you’re listening to a combination of both old and new blues; that being said, Samantha still stands out as a unique artist thanks to her dynamic voice. Her band is just as incredible. Combined, they are a force to be reckoned with.