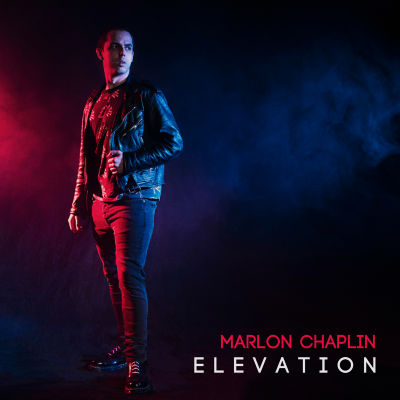 Toronto’s Marlon Chaplin has released his brand new single “Elevation” along with an official music video. He has also announced that all proceeds from Bandcamp purchases of the single between April 27 – June 27, 2018, will be donated to Canada’s music education charity, MusiCounts. Here at Canadian Beats, we fully support the amazing work that MusiCounts does and are thrilled when we see artists donating to the cause. Good on you, Marlon!

“I can’t tell you enough how much having access to instruments as a child changed my life. I was lucky that way, but of course not everyone is. Providing children a creative outlet is a very, very powerful gift and one that really can keep on giving. Music is the universal language and the more we know, the better we can communicate.”

The video, which you can watch below was directed and edited by James Featherstone and Michael Greggain for Deep Field Productions and features model/actress, Ella Thrasher.

“Elevation” is the first single from Marlon’s upcoming debut LP, The Circle which is set to be released via Mӧbius Recordings in August. The ten-track rock ‘n’ roll album was produced by Chaplin, mixed by Chris Shaw (Partner, Weezer, Bob Dylan), and mastered by Joao Carvalho.

If this track is any indication of what’s to come from Marlon’s forthcoming album, I certainly can’t wait. The single is reminiscent of past rock ‘n’ roll sounds but also possesses the modern rock sound. So, I’ll be heading to Bandcamp tomorrow to purchase my own copy and do my part to support Marlon and MusiCounts, will you be with me?