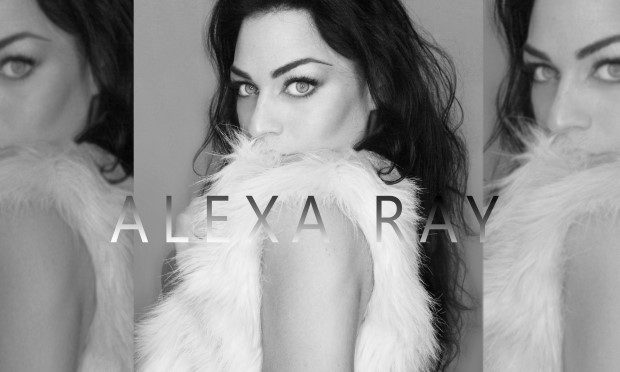 Toronto’s Alexa Ray is an international classical singer and recording artist. Alexa’s former operatic training has led her around the world performing multiple venues across the United Kingdom, Netherlands, United States and winning multiple awards and competitions in her youth. Now, Alexa Ray is working to redefine the classical landscape with her unique style and vocal dexterity creating music for television, film and game. Take a few moments to find out more about this incredibly talented artist in our newest segment of Five Questions With, and give her track, “Across The Seas” a listen.

My name is Alexa Ray, and I’m a Toronto born singer creating epic music for video game and film score.

Having taken formal operatic training at the Royal Conservatory in my youth, my style is a mix of my former classical training and different techniques from various styles including pop. The world of film score has been a huge inspiration to me and my style. I’ve essentially created a hybrid classical crossover sound which combines the world of film score and pop.  Listeners will certainly hear a ‘trailer’ feel in my music; huge orchestral arrangements with high energy and large climactic builds. Musical influences are Hanz Zimmer, Ivan Torrent, Lindsey Stirling and Tina Guo.

I’m currently looking at collaboration performances and videos at the moment which will be announced at a later time. I am also lining up some shows for the summer which currently includes being an opening and closing performer this July 28 and 29 for a Festival in Guildwood Park. If you’re in Toronto, you should check it out! My performance will be a mix of epic originals and energetic covers.

I think I would have to suggest my song “Across The Seas”. This was an original that was composed by Oliver Spencer and think this song is a perfect example of who I am as an artist; opera meets pop meets trailer hybrid. This track also marks a milestone of sorts for me as an artist in terms of where I’ve come from and what I’ve accomplished so far,  so it’s special to me on a personal level.
Making this track was also an incredible experience. This was an international collaboration and flew to Los Angeles to record it with a phenomenal production team of producers, composers and Grammy-nominated sound engineers. I’m really thrilled with how this track – and actually all the tracks have turned out. It’s been a pretty incredible collaboration and a surreal experience to be working with such a talented team.

Oh man, that’s tough – there is a lot of really great Canadian artists. I’ve been listening to a lot of the weekend lately – Really proud to have such great talent representing us Canadians out there. Another up and coming artist I’ve been following is Veronica.  If you haven’t her of her go check her out!