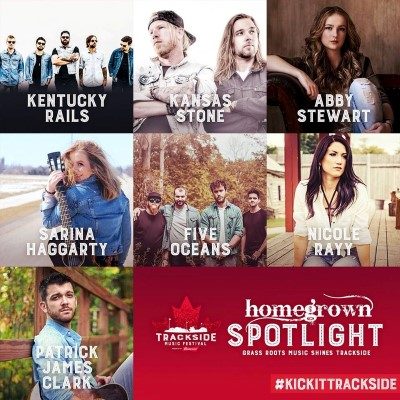 Trackside Music Festival is proud to announce the Homegrown Spotlight Stage lineup which features local country music artists and provides them with the opportunity to showcase their talent to the Trackside crowd. Previous artists to have played the Homegrown Spotlight Stage include Julia Haggarty and Runaway Angel who will both make their main stage debut at Trackside Music Festival this year!

Canada Day at Trackside Music Festival is going to be the place to be when Tim Hicks, Chase Rice, Eric Ethridge, Midnight Shine and Runaway Angel heat up the stage for headliner Dustin Lynch!