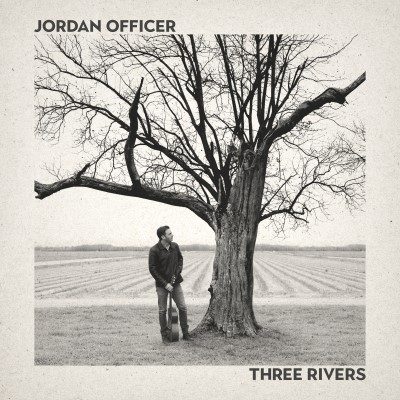 Jordan Officer has released his fourth solo album, Three Rivers on March 23, 2018. The brand new album features 11 original songs inspired by one of Officer’s recent road trips throughout southern United States and is the follow up to his last album Blues Skies which was released in 2015. Officer, who was born in Montreal, QC has earned his stripes as one of Canada’s premier jazz/blues artists through his years of hard work as a guitarist and musician.

Three Rivers is an exploration of Officer’s musical influences and a nod to his strong writing skills and abilities. Opening the album with the track, “Your Body’s My Home” you instantly get a snapshot of the musical treat you are in for. Officer has such a rich and warm voice, that you cannot help but be dragged into his musical world. Officer had his hand in writing all of the new tracks and allowed his influences and creativity to guide his music.

I enjoyed Officers narrative and storytelling abilities with each track. One of my favourite tracks was “One Handed Push-Ups.” It was swinging and got your toes tapping. The album earned its title from the track “Driving Back from Three Rivers,” which was another one of my favourites. The song allowed you to become captivated with the lower register of Officer’s voice.Three Rivers is a work of Officer’s own art and allows fans to continue to enjoy his unique style and original compositions. From the opening track to “Buck Jumping in New Orleans” you can become immersed with Officer and his brand of jazz. Three Rivers is an excellent album and a great compliment to his other studio releases.