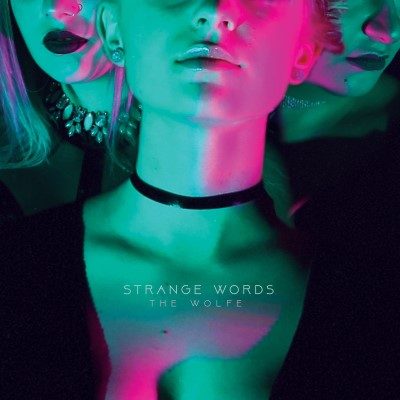 The all-female alt-rock trio The Wolfe have released their second EP Strange Words this year. The album was recorded in Saskatchewan by Red Door Recording’s Ryan Andersen; co-produced by Lucy James.

Siobhan Bayda (vocals/bass), Gabrielle Giroux (guitar/vocals), Tesa Thompson (drums) started making music together in 2012, and in that time they’ve released a successful debut EP The Wolfe, played a few major Canadian festivals, and scored a spot as a Top 4 finalist for CBC Searchlight in 2017.

“Tip of My Tongue” is the first track off the EP and was chosen to be the first radio single- rightfully so. The chorus is a nice balance of catchy pop energy with that rock and roll edge. “Bouquet” is smart, lyrically passionate. “You’re so Boring” has a killer guitar line and sassy lyrics. The only slow-tempo track comes from “The Artist” which comes as a duet, featuring Rylan Schultz from the alt/indie band The Pistolwhips. The song’s glossy sound and the blend of their voices makes for a delightfully moody ballad. The 5-track EP ends with the second radio single “Pig & The Hound” which feels like a love child between Metric & The Pretty Reckless.

The ladies of The Wolfe have managed to put together a cohesive and ear-catching EP. Each song captures just enough rock to give it the edge, and enough pop influence to keep the melodies in your head. Lyrically they’re sassy, in-your-face and brutally honest. In short, it’s a pretty badass EP. Hats off to this band.