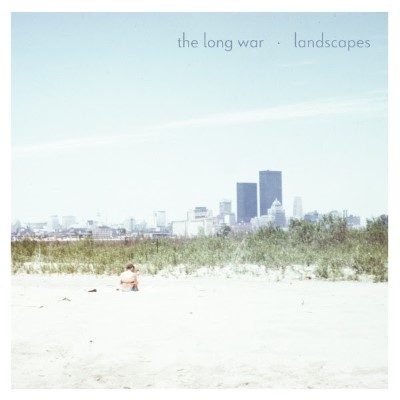 Winners of 2017’s CBC Searchlight competition, The Long War have unveiled their debut full-length release. Landscapes is the BC-based band’s highly anticipated release from a group who won one of Canada’s largest music competitions.  The question is, however, does The Long War manage to surpass the hype?

Opening with the ambient folk and indie-inspired tone of the title track, “Landscapes”, The Long War kick things off with a slow burner that thrives on its building nature.  In this, “Landscapes” is one of the more compelling numbers on the record.  The same goes to “Breathe In Breathe Out” the folky ballad that won the CBC Searchlight competition.  The chorus is full of lush vocal harmonies, set over a slow acoustic sway with soft accenting piano and a soulful guitar solo.

While the songwriting across the record is good, the album feels so incredibly safe within the confines of modern indie rock that the record seems to drag on.  With nine songs and little variation in style, pace, tone, or textures, the songs begin to blur together as the album slowly crawls forward.  There is nothing bad about it, but there is also little exciting about the record beyond the title track and the lead single.

Landscapes is a record that is plagued by its own hype.  Had this been a regular release from any band, it would be just another indie rock record with a strong folk influence; however, where The Long War had won CBC’s Searchlight, one would expect a record that challenges the expectations for indie rock.  Perhaps Landscapes would have fared better as a four or five track EP, consisting of “Landscapes”, “Breathe In Breathe Out”, “Downtime”, and “Ghosts That Follow”. A shorter release would not only remove a sense of filler but would also spark a greater sense of excitement surrounding the strong songwriting amongst the band.