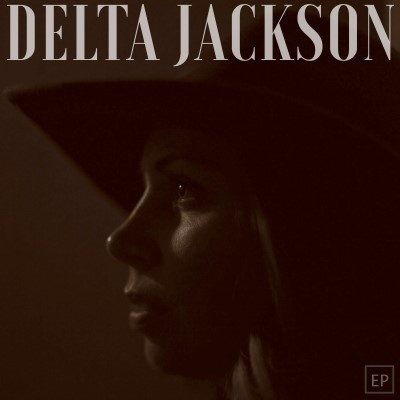 Vancouver based Delta Jackson has released her debut, self-titled EP. Jackson, real name Jaclyn Guillou, is a previous JUNO Award nominee, put together the five track release with a number of talented bandmates, including Ethan Jones, Paul Stacey, David Caitlin-Birch, and many more.

For the most part, the EP is slow and laid back with beautiful vocals and piano backing the lyrics. Although not an EP you may want to listen to to get into the mood for a party or night out, the debut EP definitely coaxes the listener into relaxing and just enjoying the music. “Gimme One More”, in particular, is one of the slower songs but has bits and pieces with an organ playing and is spectacular. “Willin’”, the opening track, is a bit more quick paced than the other songs and sets the tone for the album quite well. It shows off the musical talent of the band, as well as the range Jackson is able to achieve.

Overall, this debut is a strong start for Delta Jackson. Some listeners may want more of a variety in the songs she puts out in the future; perhaps more upbeat songs put into the mix of slower songs, but her fans are sure to love the album. There is no denying the level of talent that she and her studio band have and they are sure to reach great heights and success in the future.