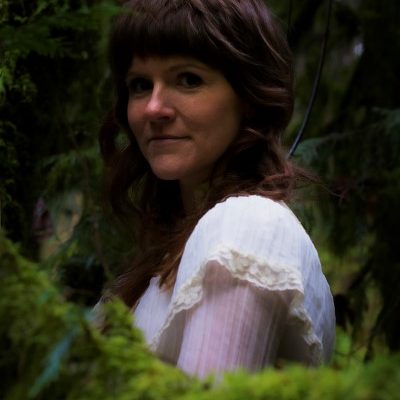 Vancouver-based Irish-Canadian folk artist, Oxlip is set to release her sophomore album, Wolves! Cried the Maid on June 15, 2018. Today, she has released the first single from the album, “This Dark Hour”, which was produced by Nakasone Folk.

When asked about the video process, Oxlip shares,

“We filmed it mostly at Hope Slide in BC and it was breathtaking!- the landscape was perfect for the drama and tragedy of the song. We wanted it to have a Game of Thrones feel and for it to be epic. We had to climb a precarious mountainside with all our gear and in costume to film some of the shots but it was worth it. I hope the viewer feels transported by the spectacular scenery and intrigued by the drama of the murder ballad that the song is. The reveal at the end is that her pure white flag is stained with blood- so what started as a simple story of a woman on some sort of pursuit has a darker more sinister thread that we are unaware of the whole time- and also alludes to her involvement somehow in the dark tale. It’s a tale that is meant to be true to life, like any great storybook. The flag and blood representing some sort of soul death or ritualistic rite of passage. Hints of Greek mythology and the sacrifice of something innocent to appease the angry gods! It’s triumphant though, like hanging out your dirty laundry and saying ‘see this is what happened to me…”