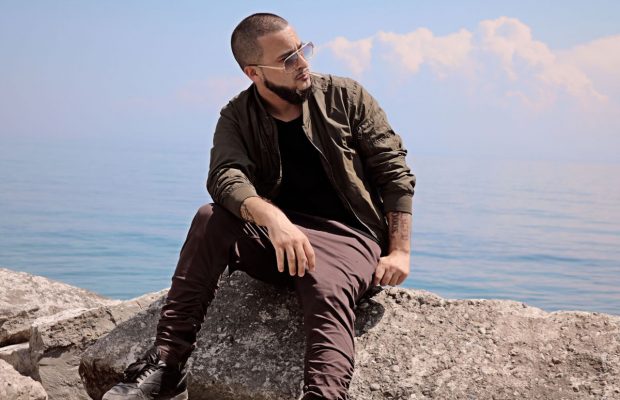 It’s clear from the first rhyme on iLLvibe‘s newest album, AntiGravity, that he knows hip-hop, inside & out. Listen further, though, and you get elements of rock, pop, R&B, funk and even electronic! He’s not only sharing his talents for the sake of entertainment, though. iLLvibe’s new album is also working in conjunction with #ElevateEveryone, his personal initiative bringing awareness and funds to Charity: Water.

With the combination of so many different sounds in the 10 tracks that make up AntiGravity, were there any musical inspirations in your own life that inspired you to branch into so many genres in your own work?

I’m listening to so much different music, it’s only natural that it finds its way into my music.  Blues, funk and pop music and of course, Hip Hop. I’m having a blast bringing different sounds to my executive producer Myer Clarity and seeing where he takes it.

The first single from the album, “Let’s Get Rich” (featuring the incredible Jenna NATION), is something that so many can relate to in their lives! Where did the idea stem from in yours?

The song is about making money WITH the people you love. It’s “LET’S get rich”, encouraging people to make money with me. That’s my personal business philosophy in life and I think is largely responsible for why I’m so successful in my different businesses. I thought it would be cool to bring that theme to my music and make a song in that voice. Then we added some humour in the verses and voila!

There are a few other great collaborations on the album, as well, which help further highlight your own skills. Are there any other artists, new or old-school, that you’d still love to team up with on a track?

Yes for sure. People that come to mind here in Canada are SonReal and Alessia Cara.

In conjunction with the new album, you have your #ElevateEveryone initiative. Where did the idea for this originally come from? What do you hope to accomplish?

I really want to make an impact with my art. It’s one thing to make people happy while they listen to your music for 3-4 minutes at a time. It is a very different thing to use that art form to help elevate communities that need support. With #ElevateEveryone, I connected my music to a cause that is important to me making it easy for my supporters to engage with the cause.  The cause we selected for this campaign is “Charity: Water” who brings clean drinking water to communities who currently do not have access. Super important. If readers would like to get involved, they can visit www.PledgeMusic.com/illvibe

You’ve played places some only dream of including Croatia, Cannes, the Netherlands , nd Germany not to mention here in Canada and the US. What are the top 3 spots you’d still like to perform?

So many places. Have never performed on a tropical island. Certainly, Croatia had that vibe, but I would love to perform in Jamaica or perhaps the Canary Islands on some kind of spring break trip. That sounds fun. Also, I really want to get down to Australia and New Zealand in the next few years.

Right now I’m having a blast with my new podcast “Damaged Goods” which has been a fun new venture alongside my music releases. People can check that out on any Podcast app or social media site “DamagedGoodsPod”. Also, I’m getting married and that’s gonna be a jam.