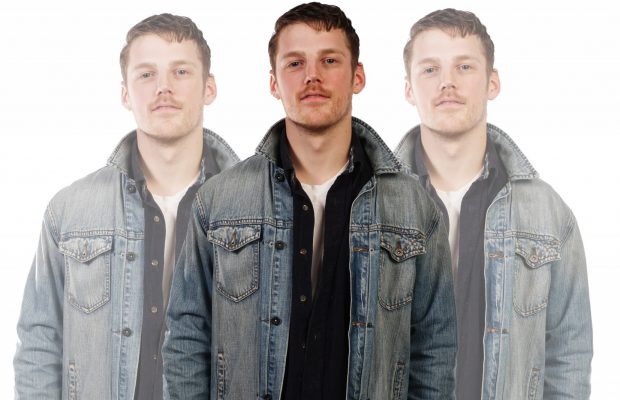 Shreem is becoming known for infusing traditional Celtic music with a fresh modern feel. Garnering a nomination for Rising Star Recording of the Year at the 2018 ECMAs for the release, Celtic Remixing. We were happy to catch up with Jay Andrews to chat about the nomination, live performance and so much more.

Also, take a few minutes and check out his live video for “Hurricane”. Give it a listen, and find out more about Shreem below.

My name is Jay Andrews and I’m the producer and creator of Shreem x Celtic Remixing.

Being nominated for any award in music is truly an honour and it’s flattering to have your music recognized at any level. I was really excited to get nominated for this award, because Shreem is a new project for me and is one that is close to my heart and my roots. It was great to hear the news!

This will be my first time at the ECMA’s with my project Shreem x Celtic Remixing. I’ve played the conference before with acts like Ashley MacIsaac and other Halifax-based artists but it is a great feeling to be playing it now with my new Celtic Remixing project, Shreem.

I really enjoy seeing and reconnecting with friends in the music world that I haven’t seen for quite some time. I know that it might be such an East Coaster thing to say but hey, catching up with people is really great. I’m also looking forward to seeing what’s new, what people are working on musically and what new ideas people are putting together to push their particular music. This is is always inspiring.

This year I’ll be performing on the Rising Star stage at The Seahorse Tavern as well as the Hip-hop / Electronic stage at the Toothy Moose both on Friday, May 4th.

A live Shreem show is reminiscent of a ‘down home’ East Coast kitchen party, that is #notsotrad. We incorporate live fiddle, looping, sampling, percussion, and beatboxing, to create a Celtic dance party that is “NOT your average ceilidh!” The songs are all mixed into one another, to create a high energy party that brings people together and bends Celtic music in a fresh, new way.

Oh geez…this is a tough one haha. I’ll say ‘The Game’ since it is the first song on my debut album ‘Celtic Remixing’. This song incorporates traditional fiddle tunes, production, samples and electronic percussion giving you a full taste for what I do!

You’re right, the East Coast is stacked with talented artists and groups! Anyone that is truly putting themselves on the line through their music, I’m a fan of. Whether I like the particular sound or not is irrelevant, if someone is doing what they love and the music comes from a true place, I really appreciate that. I am also a big fan of artists and bands who are doing something new and innovative. Whether in a specific ‘genre’ or if they’re creating something completely new, I love to see how artists interpret and change things, messing with form and structures of sounds to create something new.

Some of the best advice actually came from Shep Gordon (not directly ?) who always preaches compassionate business and practicing the principles of good karma in all music business dealings. While we are in a ‘business’ we are also humans and it’s important we take care of each other before we take care of anything else. I’ve also been very lucky to tour with artists and managers with a lot of experience and long successful careers, and have gained priceless insight on music arrangement, promotion, and the back end of the music business.

We’re really excited about 2018! I’ll be releasing new music along with Shreem’s sophomore album with some exciting collaborations. We’ll be playing festivals in Canada & The US (stay tuned for more details) and hopefully be releasing some videos along with the new album. I would also like to release some more remixes throughout the year if I have the time. Check out my latest remix, Gordon’s 808s on SoundCloud! (shameless plug ?) We’ve got some merch coming soon and I’ve also got some new ideas for music and collaborations but those ones are gonna have to stay in the brain for now!