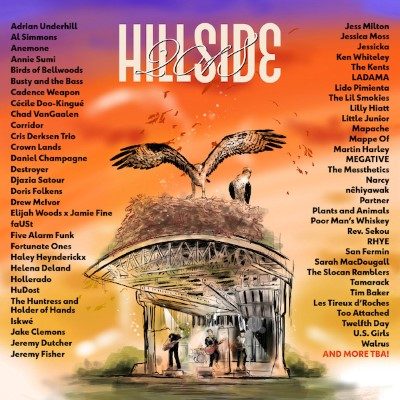 Now in its 35th year, Hillside Festival has announced its lineup for this summer’s gathering of music, art, dance, and food at the one and only Guelph Lake Island from July 13-15, 2018.
Hillside is an alternative festival for the musically and culturally adventurous. The summer festival brings together acclaimed and groundbreaking artists, across genres, to celebrate community at a midsummer musical feast.
This year’s lineup features a talented and ambitious collection of artists and performers who challenge the status quo, push boundaries with new ideas, and create art that inspires others. We have over 70 performers – with more to be announced – representing a wide variety of genres, including Indie Rock, Folk, Electropop, R&B, Hip Hop, Dub/Punk, and World music. The lineup is also complemented by a myriad of drumming and dancing styles, Spoken Word poets, exceptional food and drink from our region, award-winning craft beer and cider, educational workshops, a wild Children’s Area, and nature-loving environmental initiatives that are sure to turn heads.
This year, Hillside is championing the theme of countering hate with beauty, taking Rev. Sekou’s words as our collective flag: “Artists are legislators of hope…and architects of being, building communities where there are no strangers – only neighbours.” In many ways, the artists performing at Hillside this year have responded to animosity in their lives by creating beauty with their music. This year will be no different, as Hillside 2018 will celebrate these expressions of positive creativity, affirmative resistance and belonging by offering artists who shine light instead of shame and revel in beauty instead of hostility. 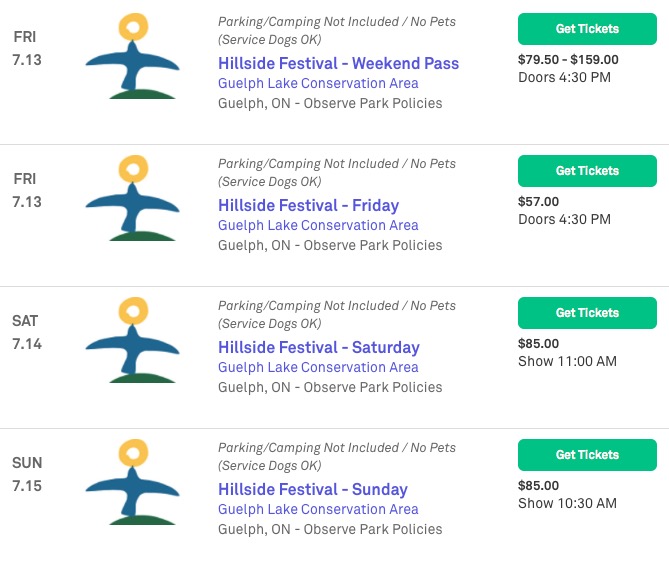 http://www.frontrow-pics.com
Share this:
Related ItemsFestivalGuelph Lake ONHillside FestivalLineupMusic Festivalontario
← Previous Story 6 emerging artists you will not want to miss at Osheaga 2018
Next Story → Countdown to 2018 ECMAs – Interview with Makayla Lynn