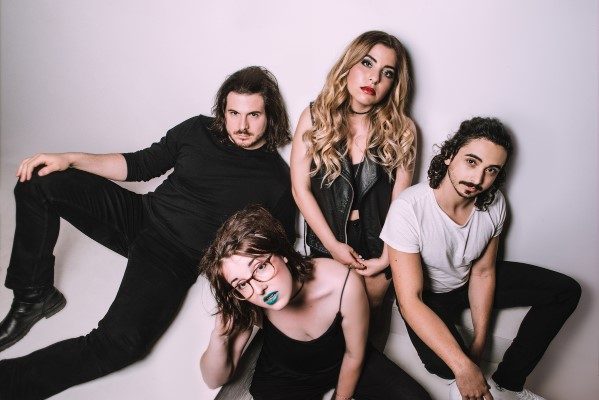 Toronto-based indie-rockers MONOWHALES have released their new single and video for “Real Love”. The single was produced by AL-P of MSTRKRFT and recorded during the same session that gave us their previous single “Take It Back”, which peaked at #25 on the Canadian Alternative Rock Charts, and garnered over 1.4 million views on Facebook since it’s release last fall.

“Real Love” is centered around an abusive relationship, and shows the depths and delusion that can be reached by someone addicted to their lover.

“When we started thinking about the video for this song, it became clear that we all wanted to capture the themes of delusion and uncertainty that the lyrics convey so well,” said drummer Jordan Circosta “With the help of Press It and our amazing team of set designers we were able to create environments that trick the viewer into thinking they understand what they’re seeing, only to have us reveal the movie magic behind each illusion.”

“Real Love” is the second single from the band’s upcoming EP, Control Freak which is set to be released on June 1, 2018, so stay tuned for that.

In support of the new single/video the band will play the following shows:
May 7 – The Phoenix Concert Theatre– Toronto, ON – Direct Support to Matt & Kim
May 11 – Royal Ontario Museum – Toronto, ON – Friday Night Live
May 31 – Kingston, ON – The Mansion
June 1 – Ottawa, ON – MusicXmaker Warehouse
June 7 – Oshawa, ON – The Moustache Club
June 8 – Hamilton, ON – Mills Hardware
June 9 – Toronto, ON (EP RELEASE SHOW) – Adelaide Hall