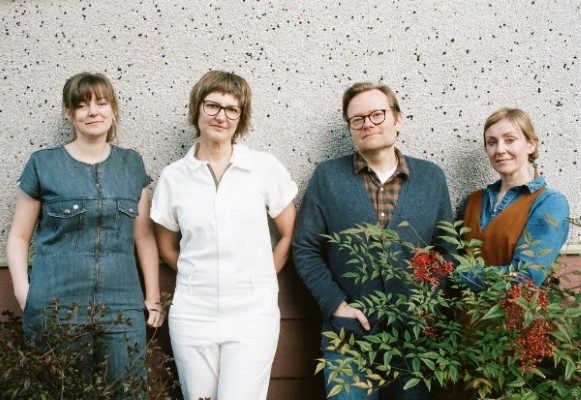 Vancouver’s own Frog Eyes are about to release their final album 17 years after their debut. The album, Violet Psalms is set to be released on May 18 via Paper Bag Records. You can pre-order the release HERE.

Ahead of the release, they have unveiled their new single, “Pay For Fire” which you can check out below.

The band’s Carey Mercer has this to say about the song:

“‘Pay for Fire’ is like a good percentage of my songs: written to represent a small community, as in a village, a small town, a city block: this portrait is besieged by external forces, set upon by resource extractive corps (“pay for fire”, a version of paying for water), trying vainly to honour its elders who are forced to work crap jobs (“We won’t steal the ancient’s shifts”), watching its infrastructure fall into disarray (“the water tank’s going to break this year”).  It sounds dark, but I find it uplifting and resilient–perhaps it’s the way the synthesizers bubble up, or the twinkle of the high-pitched electric guitars that float in and out of the sound field.  It seemed like a good last song for the album, and, in a linear sense, the band.“