10 must see music venues in Canada 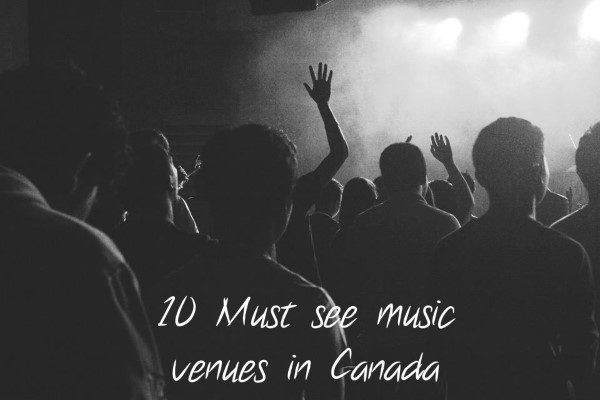 Canada’s music scene is ever changing. With new acts breaking onto the scene and touring, where they play can be crucial especially to diehard fans. The perfect venue can be just as important as the headliner; the acoustics, the space, and the overall energy all contribute to the experience of the fans. Certain venues hold important histories and have earned reputations as a place-to-be for musicians to showcase their art.

We’re fortunate as a country to have some of the best spots for music in the world. That’s why we asked some of our writers from across Canada to deliver us their favourites – so if you’re ever travelling and you get the itch to see a show, you’ll know just where to look.

These are our picks for the 10 must see live music venues in Canada: 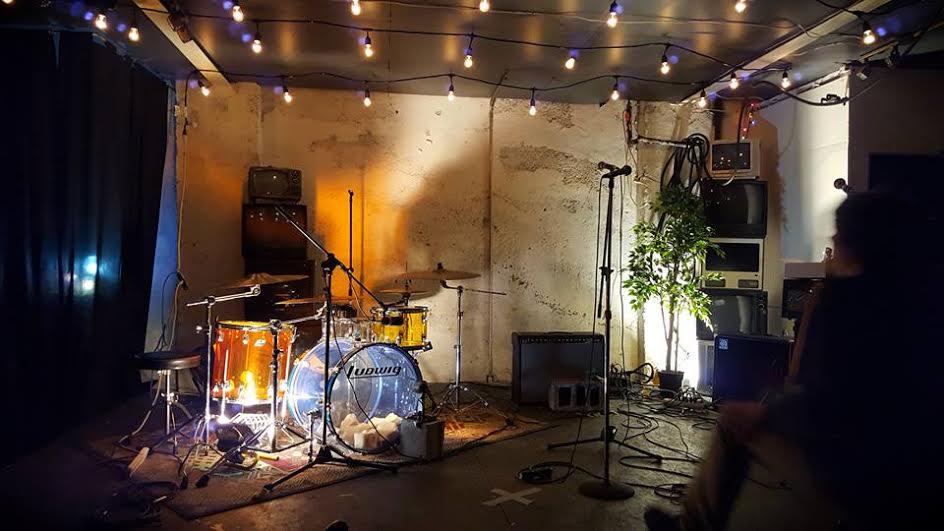 “An open door next to a mattress store, you go up some stairs, down a hall, and down some metallic stairs led by a red light, right into a basement. Getting to the BOG in Montreal is an adventure in itself, but the venue is a true gem of the underground nightlife. Located in the lively St Henri neighbourhood, the BOG is a community-run space, supporting local acts, as well as artists from the rest of Canada, the USA, and Europe. Some of their recent shows included performances from Peach Pitt, Husser, Skye Wallace, Sam Tudor, and Eva Foote. To find out about how to find this venue, and about upcoming shows, check out their Facebook page!” 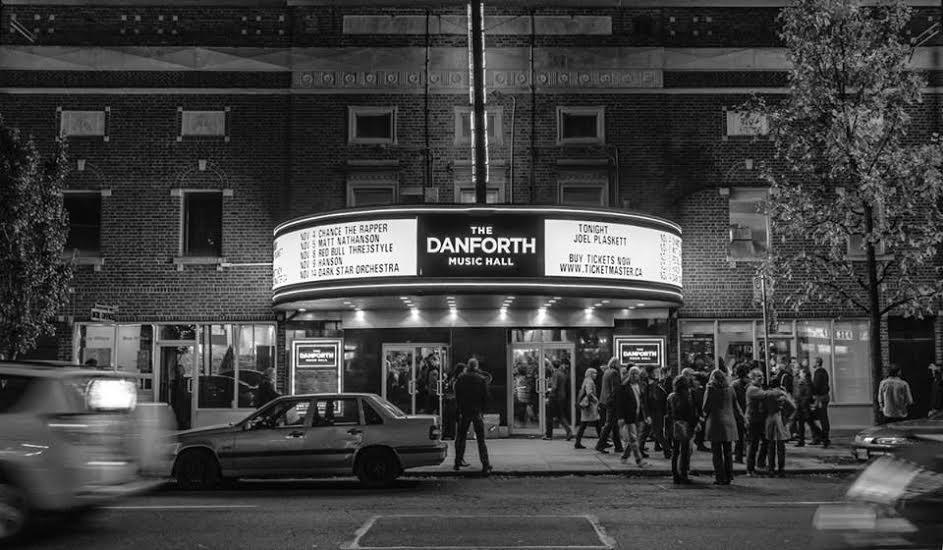 “Located in the Riverdale neighbourhood of Toronto, The Danforth Music Hall has been putting on live shows since the 1970s – it was originally built as a movie theatre in 1919 under the name Allen’s Danforth. Because of its theatre history, the slanted orchestra floor- turned general admission standing room has become one of the staples of the venue; allowing everyone to have a stellar view of their favourite artist. The venue itself has had its share of ups and downs, but it’s managed to house some of music’s biggest acts like The Clash and The Ramones (back in the day), and Canadian heavyweights like Justin Bieber, Alexisonfire, Lights, and Daniel Caesar. There’s something about listening to live music in an old theatre that gives the show a unique ambience. If you find yourself in the 6ix, take in a show at the Danforth – you won’t regret it.” 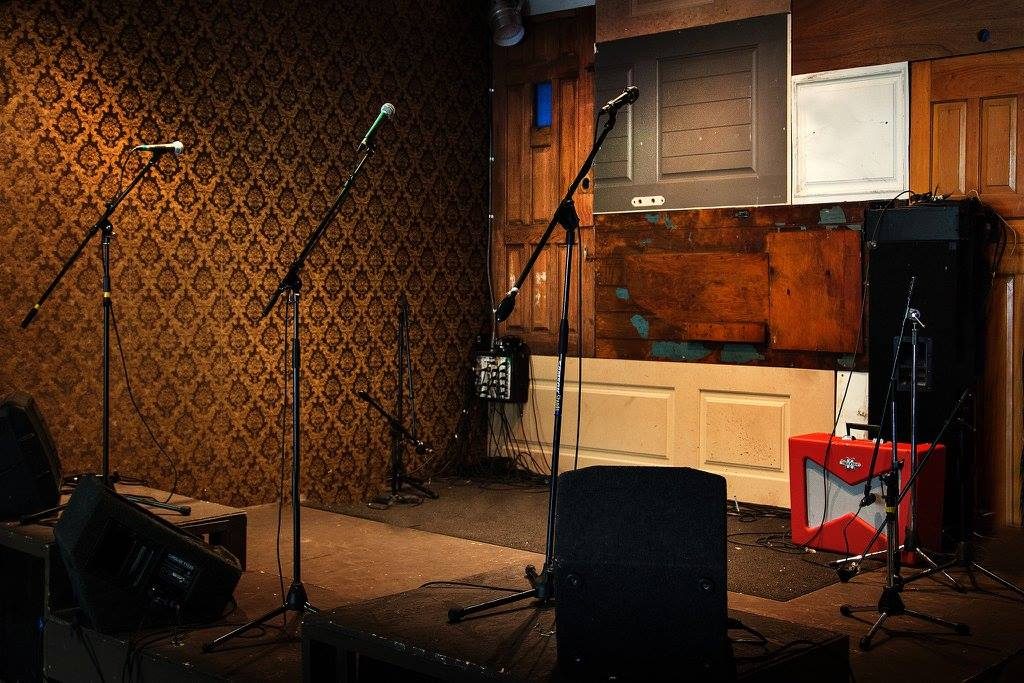 “The Foxx is the quintessential rock venue in Barrie, Ontario where you can drop in to see local favourites and catch a new out-of-town band.  But, The Foxx is so much more than this!  It features a weekly jam night and stand-up comedy night.  It has a cozy, eclectic vibe where you can kick back and watch old movies, play Jenga and indulge in a wide variety of hot dogs and other pub fare.   ‘Come as you are’ to The Foxx!  All are welcome to support local and live music.”

“The Jubilee Auditorium is one of the finest performing arts facility in Canada. Centrally located in Calgary, the 2500 seat venue was built in 1955 and extensively renovated in 2004. The iconic music, arts and culture centre hosted notable concerts from The Eagles, Queen, and Johnny Cash, to K.D. Lang, Neil Young and The Tragically Hip.” 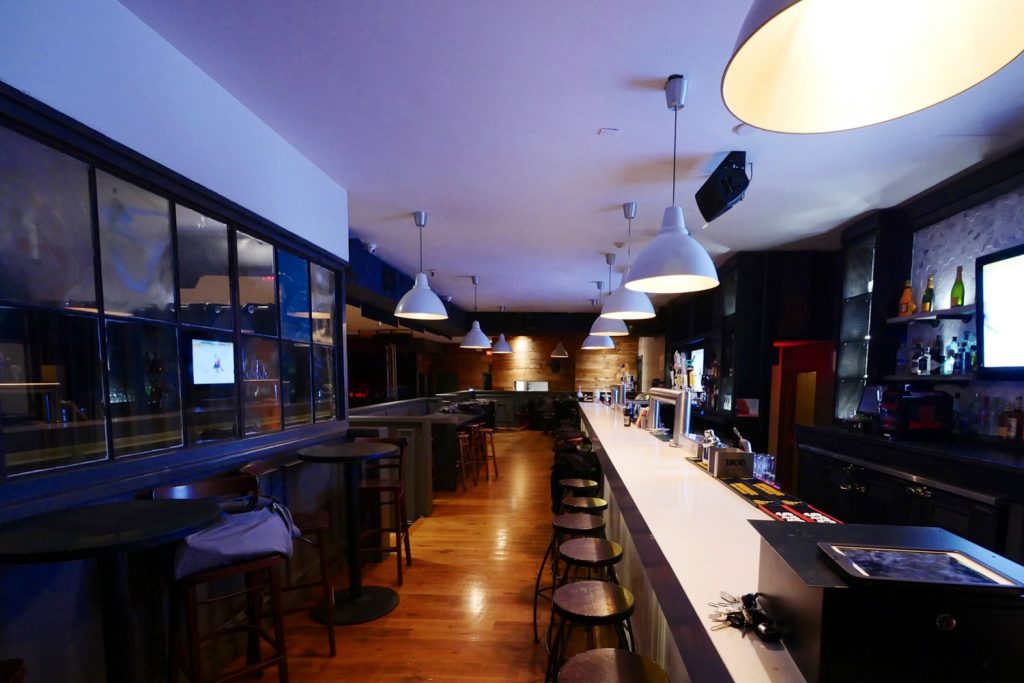 “Once an essential venue to Toronto’s Queen West Scene, The Hideout has recently celebrated its one year anniversary in its new location on the corner of Bathurst and College.  Run by The Good Brothers, The Hideout is among best sounding clubs throughout the city and has music going every night of the week.  From the twisted pinup girls painted on the wall to the Marky Ramone autograph addressed to the brothers, The Hideout has a vibe that is unmistakably rock & roll and always provides a good time. ” 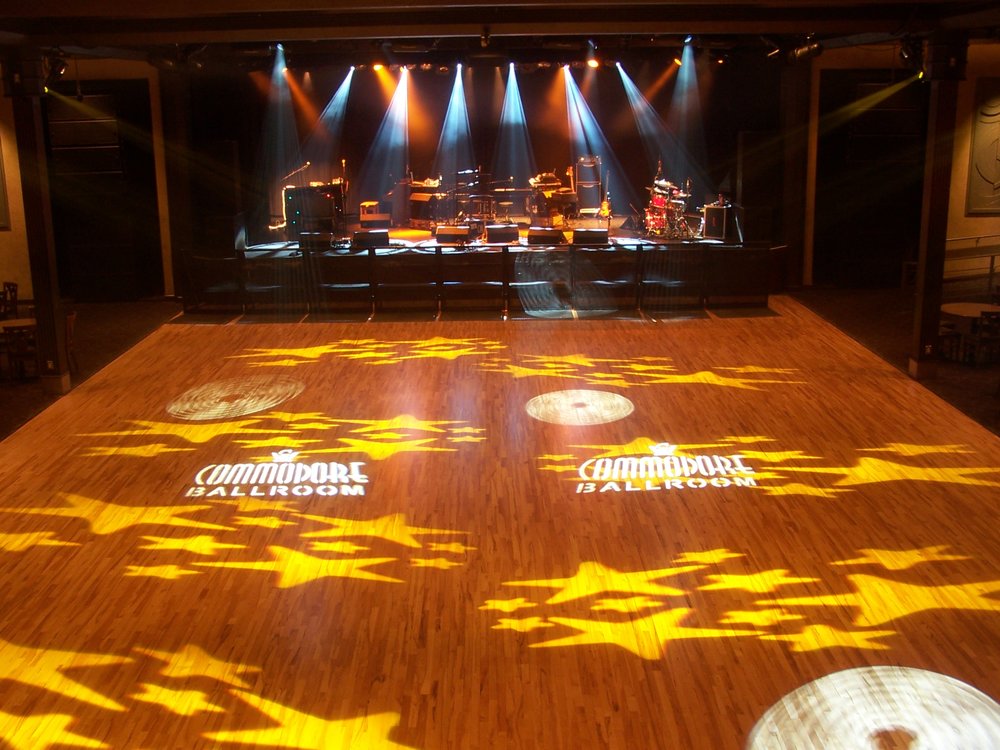 “The Commodore Ballroom is a Vancouver institution. Built in 1929, the famed one thousand capacity music venue has seen so many big names over the years, from Duke Ellington or Sammy Davis Jr in the forties, to U2 , Pearl Jam, Coldplay, and even Sting and the Police when they were just starting out. Of course, a ton of great Canadian acts including 54-40, The Tragically Hip, and Spirit of the West have also called The Commodore and its horsehair sprung bouncy floor, home for many a night.” 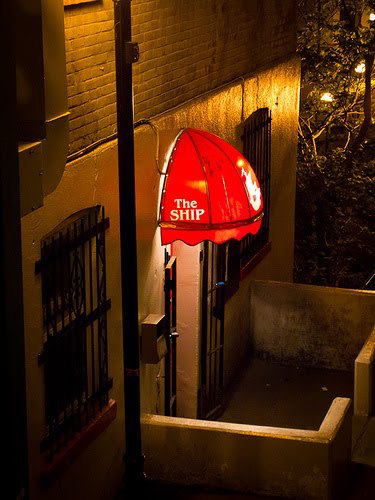 “When searching for a bar or pub in Newfoundland, the first place many people will suggest is George Street. This streets claim to fame is being the most bar-populated street per capita in all of North America. But this shouldn’t be your one and only stop. Many of the hidden gems are located on other streets, with The Ship Pub being one of them.

Nominated for Venue of the Year at the 2018 East Coast Music Awards, you could consider The Ship one of the best local music venues. There are weekly open mic nights on Mondays hosted by MusicNL and a Folk night every Wednesday, as well as being a common stop for touring bands and a favourite for local musicians.” 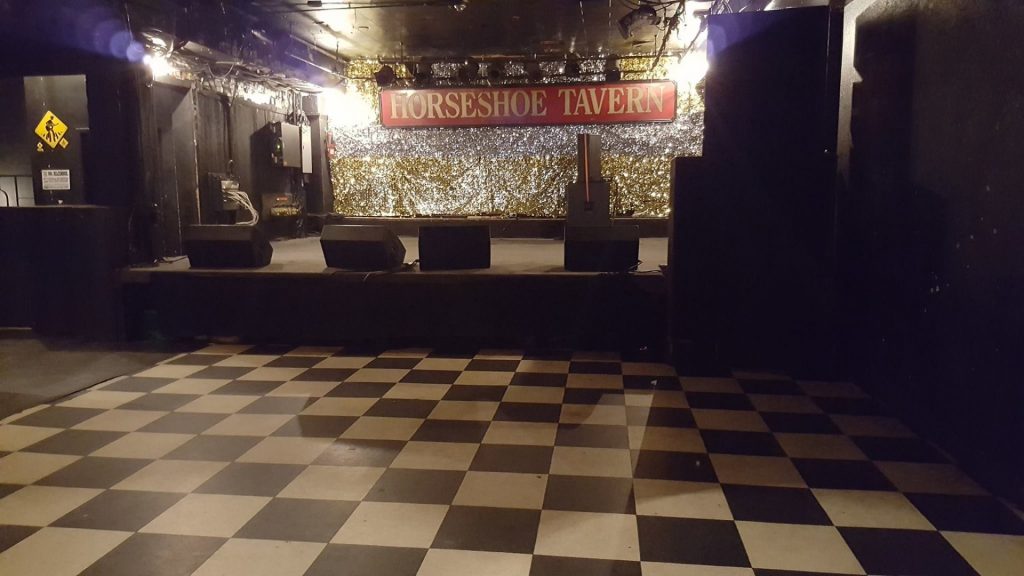 “Another venue known for having one of the best sounding rooms in the city.  The legendary venue originally started as a country and bluegrass bar but shifted through punk and new wave phases as time went by.  Now the venue hosts some of Toronto’s hottest up and coming talent.  The legendary venue has even been graced by the likes of the late Gord Downie, The Jeff Healey Band (as captured on the Live At The Horseshoe Tavern 1993 album), The Ramones, Etta James, The Police, and none other than The Rolling Stones.” 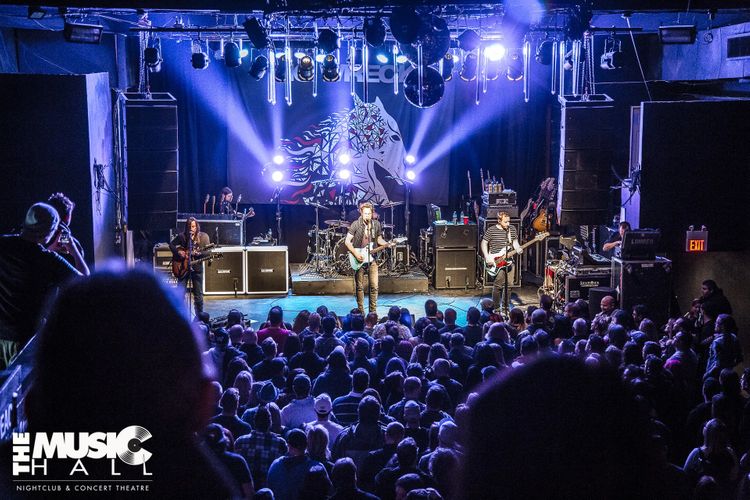 “The Music Hall in Oshawa, Ontario prides itself in being the ‘most up-close and personal concert hall in the GTA’.  Fans are treated intimate shows featuring some of the hottest talent from Canada and beyond, including 54-40, I Mother Earth, Finger 11, Nelly, Sloan, Matthew Good, USS, Mother Mother, Matt Mays, Big Wreck and The Trews!  But what sets this venue aside from the rest is their commitment to the comfort and enjoyment of their guests. The staff work tirelessly to ensure the needs of their patrons are always met.”

“Multi-award winning venue, the Carleton Music Bar and Grill is not your typical rock venue. Built in 1760, it is rumoured to have been built with the ruins of Fortress Louisbourg, it has overseen the rise of many East Coast artists, as well as National and International muso’s passing through its doors in the last 10 years. Maritime mainstays like Joel Plaskett, Matt Mays, Mo Kenney and Christina Martin are regulars, but as part of the Halifax Urban Folk Festival (HUFF) and the Music NS, and ECMA’s tie-ins, the list of performers in this small intimate venue is mighty impressive. Some of that attraction is down to founder and former MuchMusic VJ Mike Campbell, and his attitude to all kinds of musical tastes, from an unheard of July Talk and Great Lake Swimmers to the likes of 90’s artists Midge Ure (Ultravox), Lloyd Cole (of Commotions fame) & Norman Blake from Teenage Fanclub to Steven Page. Eclectic, tasteful and a jewel of Nova Scotia.”