Meghan Patrick’s “The Bad Guy” video has been released 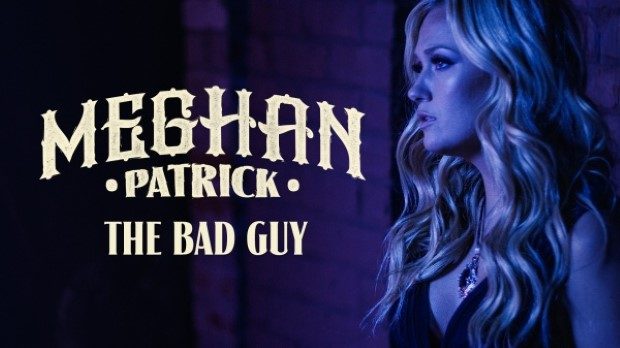 Canada’s 2017 CCMA Female Artist of the Year, Meghan Patrick has released the video for her new single “The Bad Guy.” The video premiered on Complete Country and it’s the second single from her album Country Music Made Me Do It.

This video is different from the usual break-up ballads in that it comes from the female doing the breakup and all the emotions that come along with that. The video was directed multi CCMA award winner Stephano Barberis. He has taken his magic to the screen once again with this video. The darkness and moodiness of the video, the close-ups show Patrick’s vulnerability and sadness.

Says Patrick of the video,

“We really wanted to do something different with this song. I think the use of the colours and the intimacy of the close-up shots portray the emotions of the song and make it feel very real. This song is one of the more vulnerable songs I’ve written. Sometimes people think that just because you’re the one who left, that it doesn’t hurt, but most of the time it really isn’t that simple.”

Stream or download Country Music Made Me Do It here.

Related ItemsCCMACMAOcountryCountry Made Me Do ItFemale Artist Of The YearMeghan PatrickStephano BarberisThe Bad GuyWarner Music Canada
← Previous Story Tim Hicks releases “LOUD” not only digitally and to Canadian country radio but also to the NHL for use during the Playoffs
Next Story → CHANCES release new single, “Fire To Go”