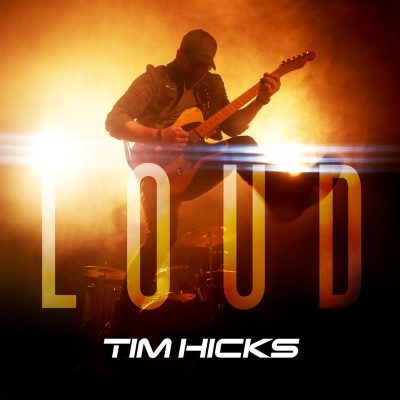 We’ve always known that Tim Hicks has set the bar high for his music (he is a 2014 CCMA Award winner and three-time JUNO Award nominee, has two PLATINUM selling singles, six GOLD singles and one GOLD album with his long-time label Open Road Recordings) and now he has kicked that bar up a couple of notches with his new single ”LOUD.” So much so that the NHL has licensed it for use during the Playoffs. It’s meant to be played at sporting events and cranked up everywhere else.

“LOUD” was written by Tim Hicks, Todd Clark, Gavin Slate and Travis Wood (think “Stompin’ Ground” and “Here Comes the Thunder” vibes) and produced by Todd Clark. It has a classic feel to it with the rock sound that you can really tap into. If you’ve loved what Tim has done over the years, you are going to be delighted with “LOUD” because it’s endlessly playable and as Tim Hicks says,

And, it’s Tim Hicks so of course it’s going to be loud!