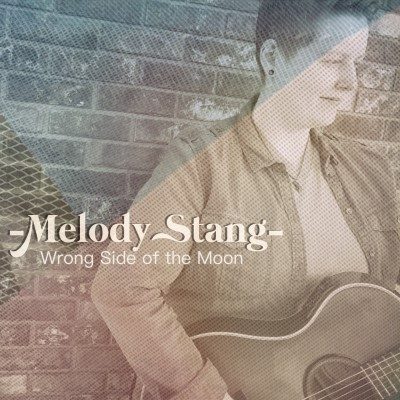 Melody Stang is from Central Alberta and is releasing her new EP “Wrong Side of the Moon” on April 13. The EP has 3 songs which Stang herself has said that the listener will be confident in her singer-songwriter abilities, so it’ll be exciting to see if her own hype lives up.

Right off the bat, “Carousel Ride” has one of the best sounds I’ve heard. It has a steady beat with a great synthesizing in the background. It’s a very catchy song that I think anyone would enjoy as Melody’s vocals mix very well with it, making it an excellent first song for the EP.

The title track on the album shows her acoustic styling. Just her voice and the guitar makes it hauntingly beautiful. Melody has such a natural voice that makes this song a great song to just put on and relax to. The lyrics are able to hit close to home to anyone listening, as she wishes she could be in someones arms but she’s on “the wrong side of the moon’, which I assume people can take different ways.

The final song “Somebody Else” is a classic break up song. It is a very mellow track, yet very powerful. Anyone who has been in this situation can feel exactly what Melody is singing about which is an asset when it comes to songwriting.

Melody Stang may have only released 3 songs, but I can already tell she’s off to a great start. The variety in these songs show she is willing to grow and shape as an artist, which is a hard thing for new musicians to do. As she is a solo artist, she can take whatever ideas she has and transfer it into the music with no middle man, which proves great as this EP is one of the best I’ve heard in a while.