An outdoor concert venue for you and 3600 friends. Located adjacent to the theatre, Empire Square Live brings you to the next level of concert performance. Do you have what it takes to perform on the region’s biggest concert stage? For the second straight year, Empire Rockfest is providing an opportunity for undiscovered musical acts from this region to perform at the biggest music festival in the area – Empire Rockfest.

The Standstills
One thing you need to know about THE STANDSTILLS: They don’t. Formed in 2008 from Oshawa, Ontario, The Standstills incorporate elements of Western, Blues and Rock & Roll … The Standstills take you “Back to when bands were rebels. It was supposed to be dangerous and not so safe, but still a lot of fun…”

Arkells
Emerging at a time when the internet had thoroughly disrupted the way we make, consume, and think about music, the Arkells’ 2008 debut, Jackson Square, inherited the dying-embered torch for a certain old-school, rock ‘n’ roll ethic—and poured a fresh gallon of gasoline on the flame.

Matt Mays
Matt Mays is a Canadian indie-rock singer-songwriter. His album Coyote garnered him the 2014 JUNO Award for Rock Album of the Year.

The Glorious Sons
It’s the hat trick!!! THE GLORIOUS SONS, from Kingston, Ontario are the only band in the history of Empire Rockfest to perform 3 consecutive years.

The Beaches
Toronto-based band THE BEACHES are a little bit glam rock and a little bit garage. They’re tremendously warm cool girls with an infectious edge.

Entrance to the site is off of Pinnacle Street or Front Street as per site plan.
Gates @ 6 p.m. Music @ 7 p.m. 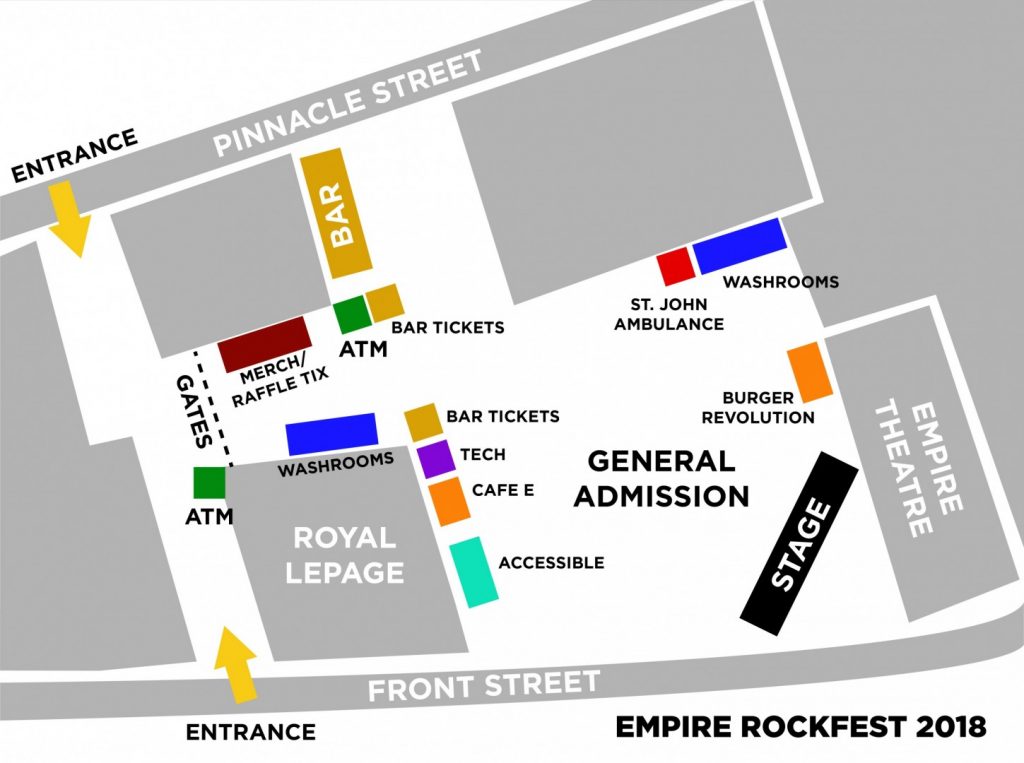