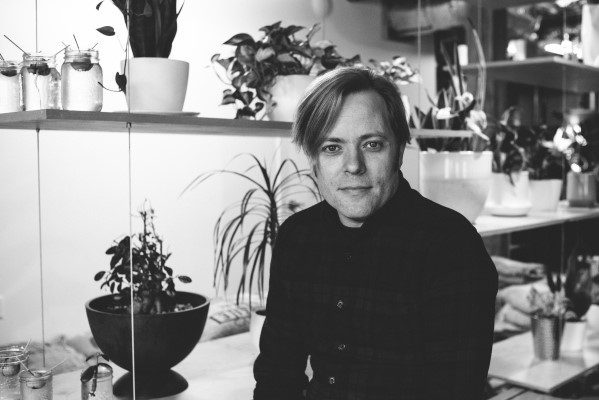 The Juno-nominated duo, Twilight Hotel’s Dave Quanbury is about to release his solo album, Still Life With Canadian on April 13. The record was actually written on a borrowed guitar in a cold garage after he was banned from his home in Austin, Texas due to American immigration issues, and was forced back to his hometown of Winnipeg, MB. The album is said to be about reclaiming his Canadian identity after living in the US for so long, and exploring the definition of “home”. You can give the album an advance stream HERE.

Dave has released an animated video for his single, “The City” from the upcoming album. The video is done by Matea Radic who has also done videos for SC Mira, Royal Canoe, Bombay Bicycle Club and more!

Hey, my name is Dave Quanbury. I am a songwriter based in Winnipeg, but I lived in Austin TX for a bunch of years. Life was pretty OK down there. In fact, I wasn’t planning on moving back to Winnipeg, but US immigration had other plans for me.

I don’t have just one musical style. I toured for many years as part of a folk/roots duo. Then in Austin, I really got into brass bands, and I started writing music with that ‘sound’ in my head.

My new album is back to a retro-electro-rock direction. I started buying drum machines and sequencers when I moved back to Winnipeg and got hooked on that analog synth sound (picture the theme song for ‘Stranger Things’) I also hooked up with a great singer Jamie Wright, together we’ve been able to craft some really nice harmonies.

This new batch of songs come from a dark place in my psyche, I was unhappy to be back in Winnipeg. I didn’t really have a place or a life here anymore. To be honest, I kind of felt like I ‘failed’ in some way when I had to move back. My wife stayed in Austin to finish school for a couple years, so I was also feeling lonely. All those feelings made me question the path I was on and challenged the notion of my self-worth. I guess the songs echo those feelings and at times provide an outlet for the frustration and anger I felt.

Sure do. Our tour kicks off in Saskatoon on April 19 and runs eight shows, ending in Winnipeg on May 3. You can see the full list on my website (www.davequanbury.com).>

Right now my live set up is a combination of electric and electronic equipment. I set up my synths and sequencers on an ironing board and stand behind it with an electric guitar. We are touring as a trio, there is also a bass player who doubles on synth bass in a few songs, and Jamie, who plays keys and sings harmonies.

We just released ‘The City’ with a great animated video by a really talented visual artist here in Winnipeg named Matea Radic. I’d say check out that song, it’s got a satisfying Springsteen groove and lots of guitar work by me. I think it’s one of the strongest pieces from the album.

I am a big fan of Sweet Alibi. I think their voices sound so great together. Also, check out Declan O’Donovan, I met him on tour in Montreal, and he really impressed me. Another fav of mine is Winnipegger, Scott Nolan, we’ve worked together over the years, I think he is one of Canada’s best songwriters.