North Hammer releases lyric video for “Tip of the Spear” 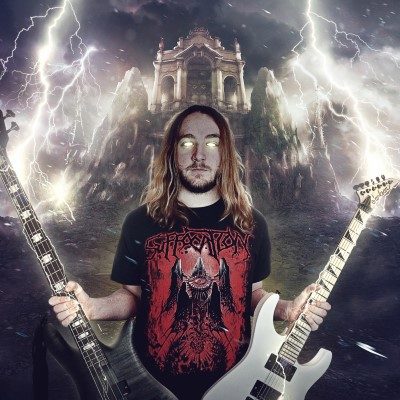 Andrew has teamed up with Metal Underground to create an awesome lyric video for the track “Tip of the Spear”, check it out here.

“Tip of the Spear is a fight song. The hero heads to a mountain peak rumoured to house an ancient celestial that can provide him with godlike powers that can help him defeat the bestial horde. However, a camp of these foul beasts lay in his path. The hero and his brother’s in arms lead their cavalry to a surprise attack in order to eradicate the menace.”

Andrew plans on putting together a band of top-notch, like-minded musicians to tour as North Hammer across Western Canada and beyond.

“Stormcaller has been quite an adventure in itself to record, many aspects of music I had never even attempted before. From the creation of an over-arching narrative to satisfy lyric content, to writing guitar solos and orchestration, I finally have been able to come out with something that I am so excited to share with you! The experience I’m trying to give the listeners is that of a fellow fan. I want people to be euphoric for other bands that mean something to them like Ensiferum, Wintersun and Amon Amarth. To connect personally with my music and realize that I love and worship these bands.” explains Andrew James.