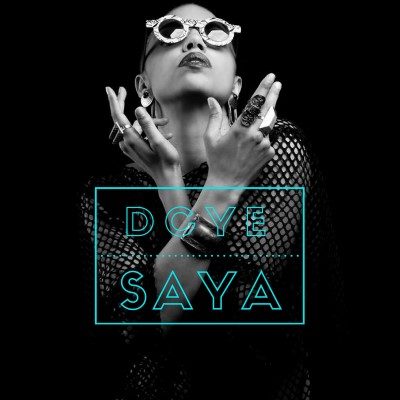 We had a chat with electronic music duo, SAYA. The two, (SAYA and John Bentley) have released a video for “Don’t Close Your Eyes”. The video was directed by Eli Jean Tahchi and produced by Marina Khoury (Marina Motion Pictures).

We are an electronic music duo composed of singer/songwriter SAYA and producer/composer John Bentley. Based in Montreal, we founded our label, Restless City Records in May 2017.

We met in 2014, through a common friend who mentioned we should jam together some day.

From the first note of the first sound, we knew we were standing on the same ground and shared the same vision toward the direction of our music. Without pressure or future plans, we just created as we felt until our sound was defined. Then, in 2017, we decided it was time for another step, our first EP album was released in May of that year.

Influenced a lot by disco, 80’s and 90’s dance, most of our songs start with a beat from John. We use a lot of organic sounds and instruments mixed with crunchy drums and groovy basses that bring inspiration for the vocals and lyrics. Other compositions can be very eclectic, going from soul to house to r&b and from electronic to acoustic.

SAYA being a fashion stylist, we will always create a custom look for every live performance.
The shows themselves have a very warm and friendly ambiance, having a connection with the audience is a very important aspect to us. While I, John, have my hands full playing keys, guitar and sequencing the backing tracks and vocal effects, SAYA captivates the crowd with her unique soulful yet powerful voice! We have a live podcast of our new single “Don’t Close Your Eyes” coming up April 23.

All our shows are announced via our facebook page.

We would choose, “Don’t Close Your Eyes”. Pretty much just because it is one of our favorites.

We chose this song to shoot our first music video produced by Marina Khoury from Marina Motion Pictures and directed by Eli Jean Tahchi from EJT Studio. It will be released beginning of April.The video is very representative of who we are, as artists and individuals. It shows our creative process in an authentic and humble way. We were fortunate enough to work with an amazing crew and the final product exceeds expectations.

Our influences and preferences are from another era like Ladies Choice, Claudja Barry for dance but also enjoy Leonard Cohen, Daniel Belanger. For current artists, the name Kaytranada and Chromeo come to mind.