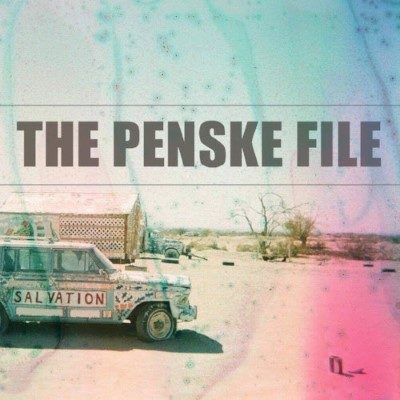 “Kamikaze Kids” opens with big drums and an even bigger energy which sets the tone for the rest of the album. There is an overall aura of nostalgic pop punk that takes you back to the days of The Academy Is, Yellowcard, Green Day and the like. The angst of “Golden Future” leads you into the rapidness of “Lakeshore” which nods to their hometown.

“Spin My History” is a love story to music and the memories that it takes us to. “Fairgrounds” whips us back to high intensity, while they slow things down on “American Basement”. Next come the anthemic words of “Last Chance”, ‘What if it was your last chance to dance?’ or “Come What May”, ‘When this life feels like it’s about to run away, it mostly turns around and stays the same. So come what may.’

Nearing the end of the album is “Yesterday’s Getaway” which includes an unexpected harmonica solo (unexpected but not unwelcome). Feelings of young angst – nostalgic for most of us – cry through “Young & Worthless” and we round off the album with the final song, “Blessed Unrest” – a killer chorus that leaves you with the right kind of energy.

Travis, Alex, and James will take you back in time with this album to the good ol’ days of pop-punk when the lyrics were belt-worthy and the music was big. The mentality of the underdogs, the music of the misfits. They’re currently on a North American tour. If you miss the energy of the early 2000s pop-punk, you’ll satisfy your craving with the boys of The Penske File.