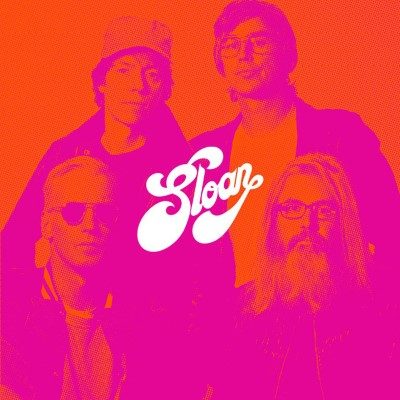 One of the glorious things about sitting down to listen to a new Sloan album is that it’s guaranteed to be the best thing you’re going to do all week.

Over 25 years into their legendary career as (probably) the greatest name to come out of the Halifax pop explosion, Sloan continues to inspire those in need of honest, true rock and roll in all of its glorious colours with their latest release, 12.

With a careful theme surrounding the number 12 (12th album in the Sloan catalogue, 12 songs on the album, etc), 12 returns the band to a standard, well, 12 song form after 2014’s Commonwealth saw the band experiment with their democratic makeup by releasing a double vinyl record with each side featuring a single songwriter.  This time, songwriting duties were split evenly between the four songwriters; with each contributing three songs.  The result is a complete album that fits right in with Sloan’s solid recent catalogue.

Although it’s often extremely apparent exactly who the songwriters have been listening to in their spare time (Jay Ferguson’s “Essential Services” sounds like something right out of the Jeff Lynne/ELO songbook, while Andrew Scott’s “44 Teenagers” is a beautiful homage to Dark Side of the Moon-era Pink Floyd with shades of southern rock thrown in for good measure); there’s a strong sense that the band are enjoying a period of experimentation.  Patrick Pentland, known for his series of instant Sloan masterpieces such as “Everything You’ve Done Wrong”  and “Unkind,” brings unexpected optimism with his lead Spotify release, “The Day Will Be Mine,” while Chris Murphy’s “Don’t Stop (If It Feels Good Do It)” is not afraid to put a fresh spin on classic attitudes, resulting in an anthem for the ages.

The combined efforts of Sloan on 12 results in a feeling that, after 25 years, they honestly cannot do can do any wrong.  We are decades past the group’s ‘90’s “heyday” of One Chord to Another and Navy Blues, and there have definitely been weaker efforts; but on the whole, Sloan just doesn’t know how to put out a subpar, incomplete product.

In this day and age of streamed singles and the almost slow death of the music album as a concept, Sloan demand that listeners, old and new, simply listen, and enjoy everything they have to offer.  With 12, they carry on this tradition, much to the delight of indie music fans everywhere.