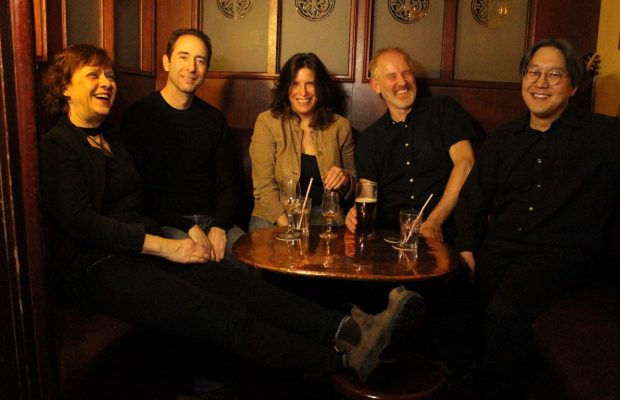 Toronto based Jen Schaffer and the Shiners have released a video for their track, “Panic Life” off of their album, Games We Play. The vocals on the single pull you in and the beat keeps you there. I’ve said it before, and it still remains true, Jen’s vocals are calming, yet strong leaving you in a dream-like state.

Jen shares on the track,

“Ironically or perhaps inevitably “Panic Life” was written over a peaceful Winter holiday spent in 2015 at Bill Lishman’s tree house in the woods near Scugog, Ontario. This off-grid cabin in the tree tops had us rising at dawn and retiring at dusk, and heating and cooking with the small wood stove.  The song that emerged reflects that amazing experience of living closer to a what we imagined was a pioneering lifestyle. We were reminded how those simple tasks that consumed your day, like gathering wood or tending to the fire to stay warm and eat, are such an antidote to the panicked rat race life we tend to lead these days.”

On a side note, Jen states that in December of 2017, just before they released the album in which this song is included, Bill Lishman died. Jen adds,

“Bill was a teacher to us in that one personal moment so this song is as much in honor of his inspiring legacy.”

Watch the lyric video for “Panic Life” below and be sure to check out the album, Games We Play.