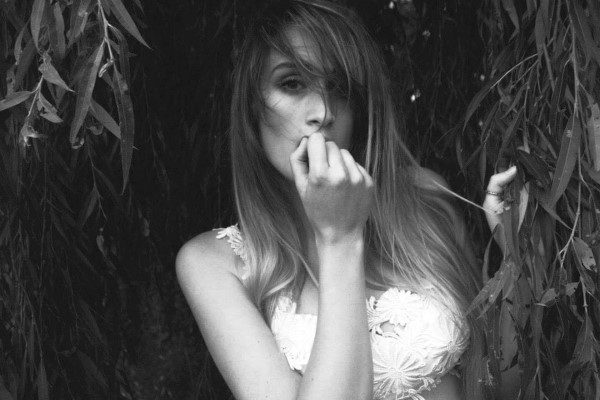 ECMA 2018 takes place from May 2-6 in Halifax, NS. With so many talented East Coast artists up for awards, we knew we had to chat with some of them in anticipation of the big event! Every week from now until May 4, we will be chatting with a nominee. First, we spoke with the progressive metal band, Tactus and then Clare, Nova Scotia-born, Jacques Jacobus, Christian rock band, Rekoncyle and then last week St. John’s based Earle and Coffin.

Today, let’s talk about Halifax based artist, Nicole Ariana. Nicole is nominated in the Electronic Recording of the Year category at the 2018 ECMAs for her release, STRAND.

Check out her video for “Act II: Disillusionment (Coast)” below, and find out more about this talented Nova Scotia-based artist in our interview.

My name is Nicole Ariana and I am an Alternative RnB artist based in Halifax.

You are nominated for the East Coast Music Awards this year, what was your reaction when you found out you were nominated?

I was really excited for sure. It’s my first time being nominated and I’ve been around or aware of the ECMAs since I was little. My first ECMA was when I was 12 in my hometown of Sydney, Cape Breton. Six girls from my elementary school choir were selected to join Kim Stockwood on stage to sing during the bridge of her song “12 Years Old.” She gave us signed posters of her backstage in our green room which was a hockey locker room and I left behind my first ever “audition” tape of me singing and telling her how much I wanted to be a singer – which I later discovered she never got because I was too afraid to actually hand it to her.

What are you most looking forward to at 2018 ECMAs in Halifax this May?

I’m really looking forward to taking part in the Breakout Mentorship program and performing on the Breakout Stage. Also just excited to see everyone and catch as many shows as I can.

Where will you be performing at the 2018 East Coast Music Awards, Festival & Conference?

I have a showcase on the Electronic Stage and the Breakout Stage.

If someone has yet to catch you live, what can be expected from your live performance?

I perform solo with a variety of visuals for each of my songs. You can expect things to be a bit trippy, pretty chill, with emotional and/or sensual lyrics.

If you were asked to give an up-and-comer some advice, what would that advice be?

I still consider myself an up-and-comer, but for someone who is new to the local music scene and just starting out, I would say to just keep trying things and figuring out your vibe and sound, and try not to worry too much about what people think cause it will drive you crazy. Nothing happens overnight.

You are nominated up against many talented East Coast artists, who are you looking forward to checking out in Halifax?

Now’s your chance to plug your new music, tours or anything else. What do you have going on this year?

I’ve been working on some new stuff with Dylan Guthro that I am very excited to share later this year. More details TBA.

If you are a fan of mine that’s really cool and I love you.