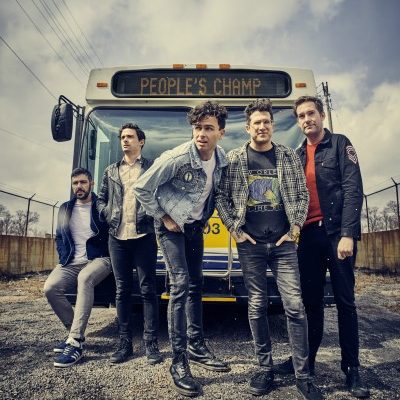 Hamilton’s own Arkells have unveiled their brand new single, “People’s Champ”. This is the first single off of their upcoming fifth album which is set for release later this year. The single was written and recorded in Toronto by Arkells, produced by previous collaborator with the band, Eric Ratz (“Knocking at the Door” and “Leather Jacket”), and mixed by Mark Needham (The Killers, The 1975).

“We’re all looking for leadership that is benevolent and generous, and truly has the will of the people in everything they do,” said frontman, Max Kerman. “We’re comforted every day by the people in our neighbourhood who go the extra mile for their community – especially when they don’t have to. We love that person. This song is about the opposite of that: it’s about the guy who acts like Robin Hood, but is the farthest thing from it. But that’s OK: look around and you’ll find people’s champs all around ya.”

“People’s Champ” seems to follow suit with the band’s previous single, “Knockin’ at the Door”, being that it’s an upbeat, anthemic track that you will have embedded in your head after just one listen. Arkells has always had a way of bringing forth political or serious subject matter, and making people want to hear it, want to know more and also want to sing along!