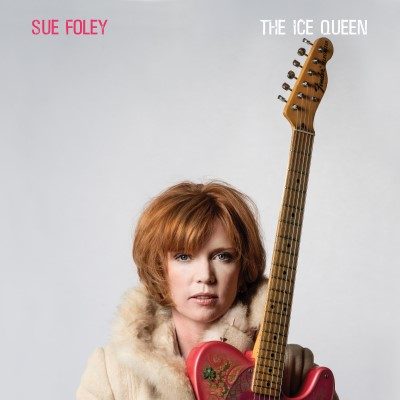 Acclaimed singer-songwriter Sue Foley has released her latest album The Ice Queen. The Ottawa-native recorded the 12-track album in Texas at Firestation Studios; joined by legendary guitarists and Texans Jimmie Vaughan, Z.Z.Top’s Billy F Gibbons, and Charlie Sexton. On top of being a triple threat – guitarist, songwriter, and vocalist – her resume boasts nation-wide sold out shows, a Juno award, and the record for the most Maple Blues Awards in the country.

The album, recorded throughout 2017, is said to encompass a range of emotions- from anguish, lost love, and rebirth. Opening The Ice Queen is “Come To Me” where her sultry vocals are on high display, accompanied by the killer guitar licks from Charlie Sexton. “81” slows things down without losing the soul that we’ve been promised. “Run” will transport you back to the golden age of Rock n’ Roll – while the title track “The Ice Queen” gives off the vibe of a rundown blues bar where you would often find the best singers.  “The Lucky Ones” is lovely in tone and blessed with vocals from “Jimmie Vaughn”.

“Gaslight” features a booming horn section and Sue’s voice has real authority here- making it an album highlight. Catch her tearing up “Fool’s Gold” Billy F. Gibbons before you sink into the lyrics of “If I Have Forsaken You”. Storytime takes over with the entertaining tale of a woman scorned.

“Death of a Dream” breaths romance, while “The Dance” infuses a beautiful Spanish guitar under Sue’s silky vocals. The final song is “Cannonball Blues” which begins with Sue actually speaking in recording booth before she strums and plucks away on her guitar. It’s a light and airy end to an otherwise hard-hitting album.

I wish I could say why Sue Foley doesn’t have more worldwide acclaim – because her voice is so much fun to listen to. Her album is a refreshing throwback to the best parts of blues & rock from decades past. I haven’t been able to pick out a song that doesn’t shine in its own way- packing the right amount of punch through some songs, while others are blissfully sultry. Catch her on tour so you don’t miss hearing this album live – I sure don’t.