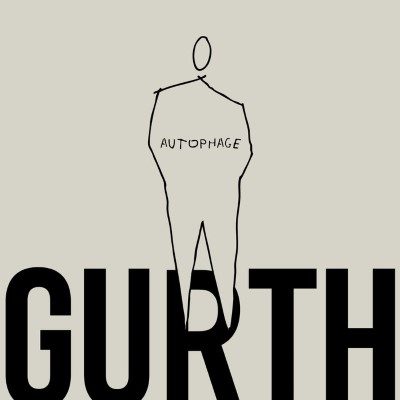 Toronto based rock outfit, Gurth, have released their first record. Autophage is a four-track EP that captures a sound reminiscent of progressive rock and metal from the 2000’s onwards and is bound to be a favourite from those particular scenes.

Autophage is a very interesting and compelling record.  For one so short – perhaps it’s only downfall is it leaves you longing for far more, even after listening to it a number of times – it covers an immense amount of musical territory. “Dear Hair” – the album’s opening track – for example, is fueled by a blistering punk charge, yet it features instrumental breaks that feel inspired by progressive metal titans, Periphery.  Like the rest of the material on the EP, the song feels simple but is riddled with subtle polyrhythmic elements, giving the music a far greater sense of depth. The musicality from all musicians involves is nothing short of impressive. The following track, “Caskets”  on the other hand is a much more upfront nod to prog bands with a pop-punk overtone making the progressive elements feel far more accessible for casual audiences.

It is on “Trappist” and “Breathe”, the closing tracks, where Gurth are at their strongest and most ambitious.  The former is the heaviest of the four and introduces growling vocals with gang harmonies and pop-inspired lead vocals set over a riff that feels like a sledgehammer to the side of the head and ripping guitar lines.  The band’s ability to add an ambient and slightly jazzy bridge section is further a testament to their musicianship, but also their songwriting. Such a transition is no easy feat, yet it is seamless on “Trappist”. “Breathe” builds upon this as the song features two largely contrasting sections – a groovy and soft verse with a hard-hitting chorus – but the chorus is far more catchy and shares a quality with an anthem, making it a song that is bound to be a hit in a live setting.

Gurth stands as a highly diverse band. While Autophage is only four songs in length, the band solidify their identity as a band with influences stemming from a vast array of streams from rock in the last two decades. There are hints of pop punk, progressive metal, and alternative and post-rock ultimately bridging a gap between PUP and Protest The Hero. In this sense, Gurth is driven by a rich and unique sound that feels incredibly modern while being a slight step ahead of the curve in terms of blurring the lines of such stylistic boundaries. Without a doubt, Gurth is a band to check out.