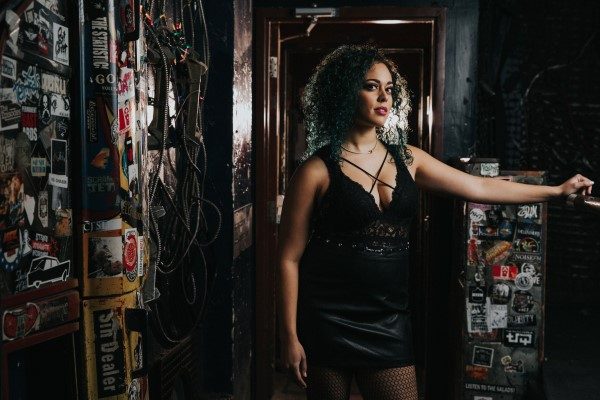 You know when you want to listen to some great tunes, but can’t quite decide which genre you’re in the mood for? Toronto’s Jessica Speziale will fulfill your musical craving and then some! Jessica not only nails it when it comes to melodies built to stick with you but paints an oh-so-honest picture with her original lyrics including on her newest EP, Awakening, set for release on May 4th.

You have such a wild combination of genres in your music including rock, pop, R&B and even some bluesy sounds. Was it always your plan to be a mixed-genre artist or something that just happened as you went along?

It was definitely something that just happened along the way. I’ve grown up listening to everything from classical to country, to metal, so it all comes out in the music I write.  That said, as I was writing Awakening, something snapped. I’m definitely firmly in the modern rock vein now! Rock has been my favourite since I first heard Nirvana as a kid. I’m finally not afraid to let it out.

Since you became interested in music at the young age of just 5 years old, was there anything or anyone that really sparked that passion and encouraged you pursue it in a serious way?

My parents really got me interested in music when I was younger! My Mum started teaching me about vocal technique and harmony, and my Dad and I would play songs together and he started teaching me guitar. When I was 9, I got Alanis Morissette’s Jagged Little Pill album, and that was a really big influence on me. I started writing songs shortly after getting that album!

I came across a bunch of covers on your Facebook page including Alanis Morissette, Matchbox Twenty, Taylor Swift, Fleetwood Mac and even Foo Fighters & Jimi Hendrix, to name just a few. How do you choose which songs to cover? To go even further with that, who are your top three artists/bands that you’d love to write/collaborate with?

So far, I’ve been picking my favourite songs and several have also been fan requests. A couple of the covers I’ve done have been associated with events I’m performing at – like a Taylor Swift-inspired concert and the release of a recording project with female artist collective, Indigal, that I was preparing for in January. I would LOVE to collaborate with Josh Ramsay of Marianas Trench. His voice and vocal arrangements are insane. And writing with Chad Kroeger from Nickelback would be a total dream come true. The way his stories twist at the end for those “Nickelback choruses” is dope.
I also saw your “Sunday Chunes” live Facebook videos which is such a great way to connect on an even more personal level with your followers! How important has social media been for you & your career?

As I started touring more often, it became super important to me to stay better connected with everyone from all the different places I’ve been performing, and “Sunday Chunes” was born! It’s a weekly show where I play songs and we all chat together – it almost feels like we’re chilling in the living room! “Chunesters” get to request their favourite songs and I’ll sing them, and I get to show everyone the original music I’ve been working on! Social media is SO important. We live in a world that allows us to connect over distances and discover new music from anywhere. How powerful is that? It’s been an amazing way to stay connected with my fans and for us to really get to know each other.

With plenty of touring under your belt already and even more in the future, what’s your favourite part of performing live? What do you hope your audience walks away with at the end of the show(s)?

My favourite part is getting to connect with people through music. It creates such a cool experience and bond! When everyone is singing and clapping, it’s like the air shimmers. Magic happens! I hope that everyone walks away feeling energized, inspired, and delighted.

I’m really getting excited for the release of my new EP Awakening on May 4th! I’m looking forward to sharing the new music with everyone and there will be lots of new music videos. I’m also planning a couple Ontario tours for 2018! It’s going to be a fun year. Thanks so much for all your support and for being part of it!