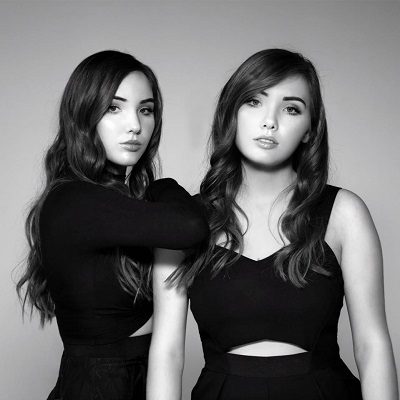 Fionn is a duo of 20 year old identitcal twin sisters, Alanna and Brianne, from White Rock, BC. Growing up in a musical family, it wasn’t hard to see what their career path would be. Officially turning pro at age 12, the duo busked at Vancouver’s Granville Island. Their music is a mix of many genre influences including Leonard Cohen, Joni Mitchell, Lorde and Hozier. The harmonizes of their voices are on point.

In 2017, Fionn were signed to 604 Records after an incredible songwriting streak. They have been working on an album, due out later this year, with John O’Mahony (Sara Bareilles/Vance Joy) and Grammy award winner Robert Orton (Lana Del Ray/Mumford & Sons). They released a single called “Skeleton” in October 2017 with a lyric video. This pop feel song has some thoughtful lyrics about seeing what is on the inside, not just the exterior.

Begining in May, Fionn will be going out on their very first tour with Canadian artist, Royal Wood, making serveral stops across the country.

In our interview, we chat with the sisters about all this and more!