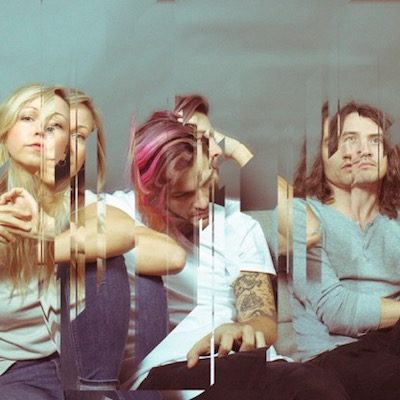 Vancouver-based JUNO Award nominated indie pop band, Hey Ocean! are set to release their brand new album, The Hurt of Happiness on April 6th.  It is their first album since IS (2012).  In advance of its release they have released four songs from the album, including the most recent release of “Amsterdam”, which you can check out the video for below.

The video features Ashleigh Ball on a solo bike mission around the city and was filmed by Ashleigh’s boyfriend Dustin on his iPhone and small Olympus camera. It became the subject of the song after Ball fell in love with the magic the city possessed after visiting Amsterdam after a tour.

Hey Ocean! is set to tour across Western Canada and United States this April.  See the details below.