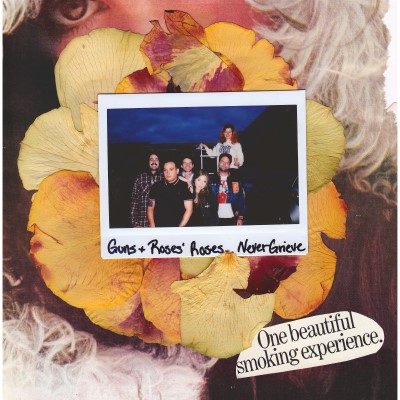 Never Betters are known in the Southwestern Ontario punk scene, making a name for themselves under a few different names like Strange Ways, Wasted Potential & notably, Grievances. They released a split Ep Guns + Roses’ Roses that features both Never Betters and Grievances on March 16.

“Pictures” was released as a single when the album dropped. I wasn’t able to tell which band was which on their Bandcamp website but the first song is very reminiscent of Sonic Youth. The lead vocalist has very clear yet punk style vocals and the solo at the end of the song is surprisingly solid for the end of the track.

“Frustrating Song” which is not only a great name for a song but sounds a lot like the band L7, known for their song “Pretend That We’re Dead”. The grungy style of the lead singers voice makes the song very unique to the pop-punk scene.

“Better Person” is a quick song, not even a minute and a half long. Older punk songs have this style while newer bands don’t really try this. I was surprised when it came on and ended so suddenly. I would like to hear more of this song.

“Suffer” starts off dark and gloomy but picks up fast. The song’s style reminds me of classic punk rock, like the Sex Pistols. The entire album sounds like it’s inspired by many punk or pop-punk bands. If it wasn’t, then I’ll say having these comparisons are a very good compliment.

Never Better and  Grievances both seem like they’re heading in the right direction of the Canadian punk scene. With numerous bands with their name, it’ll be interesting to see how they change up throughout the years to come.