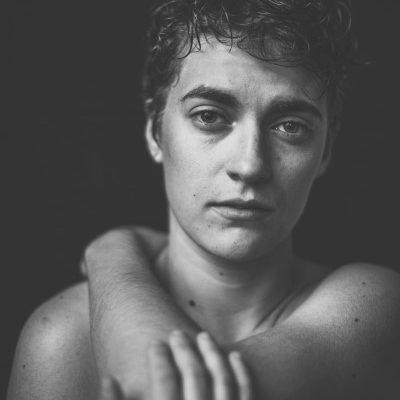 Missing the good ‘ol days of rock n’ roll, but craving a grunge vibe? T. Thomason’s dishing it out on his new EP, sweet baby. With countless award nominations and song placements on Degrassi not to mention experience performing with some of North America’s best, it’s even more exciting to know that there’s a new single dropping from the upcoming record toward the end of summer/ early fall!

One line I read about you that really stuck with me was “UK born, Nova Scotia raised, Toronto runaway”. When did you make your way to Toronto and what were the biggest shockers in making that change from where you grew up?

When I moved to Toronto, I was 17. I think the biggest thing for me was the anonymity. It felt like I could do whatever I wanted (for better or for worse), and I didn’t have to worry about someone telling my parents. That was thrilling, and a totally different vibe from the small town I grew up in. I remember being shocked that I could just walk down the street smoking a joint and no one even looked up from their phone.

Your new EP, sweet baby is full of rock goodness, both classic and grunge, which is such a breath of musical fresh air. Who were the first artists, may they be rock or otherwise, that influenced you to pursue music in a serious way?

Haha. Well, I was obsessed with Avril Lavigne from an early age. She was definitely who made me want to do music. She was so young and seemed so unique compared to the other popular artists at the time. I realize now this was just great work on the part of her label and management, but I really bought into her whole image of being in control of her career, writing her own songs, being herself. I was amazed that success of that level could happen to someone so young, and it inspired me.

You’ve shared the stage with so many greats including Collective Soul, Dragonette, Gord Downie, and the Sadies, to name a few, but are also doing your own weekly residency at Toronto’s Dakota Tavern! What’s your favourite part of the new gig?

I love being able to curate the evenings at the Dakota. Residencies are a lot of fun, but they can be tough to crack in terms of figuring out what will keep an audience coming back. There were so many Toronto artists I wanted to do a show with, Lisa Bregneager and Chudi Harris for example, and it was great to have the opportunity to make that happen. Also including local vendors in the evenings is an idea I’ve had for a while and am stoked to be trying out. On top of the bills each week, I’ve just been loving the venue in general. The Dakota has a great reputation and part of that is about their sound as a venue. People come there to really listen to the songs and catch all the lyrics. It’s been amazing to play to such attentive crowds. The staff at the Dakota have also been incredibly helpful and kind since day one. They allowed to reclaim the bathrooms as gender-free. That means so much to me, and many members of my audience. It’s been an amazing experience overall this month.

Since being named one of Canada’s Top 25 Under 25 by CBC Music in 2017, what have been the biggest changes for you?

Being included in that list lit a fire under my ass. It came just after I’d been in a bit of a lull with music and had left the management company I was with for several years. I felt kind of directionless and overwhelmed with all the changes that were happening for me at the time, personally and professionally. I think that validation and being reminded that there was an audience for my music was really important to get me to keep pushing on my own, even without a team. I really appreciated that shoutout.

It’s really nice to know that my East Coast fam is listening to what I’m making and thinks it’s worth recognizing. There’s a lot of talent and music of extremely high quality coming out of the East Coast. I feel really lucky to be included in the community there.

The next thing is figuring out the release of my full-length record. It’ll be the first full length under my new name and with my new voice, and I can’t wait for people to hear that. It’s also a very different sound in terms of production, a little more on the pop spectrum. It feels like a new beginning in a lot of ways and I just can’t wait to put it out into the world.