Five Questions With The Killer Wails 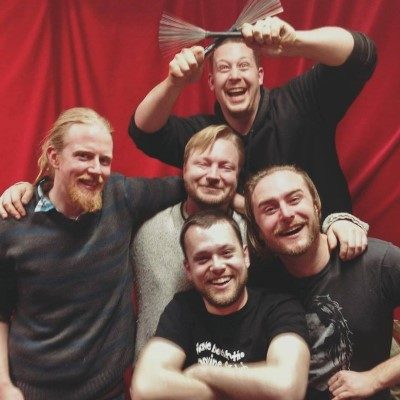 Toronto, ON-based punk rock band, The Killer Wails have recently released a video for their single, “Too Many Bullet Holes”. The track was recorded and mixed by Calvin Hartwick at Dream House Studios in Toronto, ON and mastered by Joao Carvalho, also in Toronto, ON.

You can check out the video below, which was shot on location at Majic Farm in Mono, ON with the help of many people including Tyler James Brown (Director), Effie Siamalekas (Director of Photography), Jill Service (Animal Wrangler), Marni Reimers (Picture Tractor Driver), and Malcolm Jamison (Storyboard).

Find out more about the band in our newest segment of Five Questions With!

Hi, I’m Tyler, the frontman of The Killer Wails from Toronto

We play garage punk though some of our songs are heavier than most in the genre. We write our songs together in one of two ways: we either write it from scratch from a jam we get going at practice or someone brings in something they’ve been working on and we all add our parts.

It’s tough to make headway in music and part of the reason is that we are competing with every band that ever recorded music. As a rock band, our biggest competition is The Rolling Stones and Foo Fighters. We take this seriously so any song we write that isn’t on that level, we scrap. Of course, our composition can be stranger and far weirder but the idea of working songs until they are the best they can be remains. We must do our part to keep punk rock elite.

We are playing Lee’s Palace on Good Friday. It’s a really great bill, all the bands are awesome.

On stage I sing and I jump around. We used to get naked but sometimes the crowd wasn’t into it, so now we are more reserved. Recently I’ve started dressing as a parody of myself at our shows. When a guy gets onstage looking like he plays in an Oasis cover band then belts out two songs at 200 bpm before heading into a softer number, the crowd abides.

We just released a music video for ‘Too Many Bullet Holes.’. The lyrics are a spaghetti western-influenced revenge tale. We shot the music video at Majic Farm in Mono, ON.

For the last while I’ve only gone to see bands from our scene. I can’t remember the last show I went to that wasn’t. Oh yeah, it was Rancid and Dropkick last summer. But, every week I’m going to see a garage punk band from Toronto. Here’s some but not all of the great bands that we play with and I go to see: Lush Buffalo, Kaleidoscope Horse, Bad Waitress, Brenda, Wine Lips, BBQ Pope, Vypers, Jean Daddy

Another great Canadian band we like listening to is Bachman Turner Overdrive. “Roll On” is a great song to play when you’re driving to an out of town show. Let it roll, down the highway. Roll, roll roll.