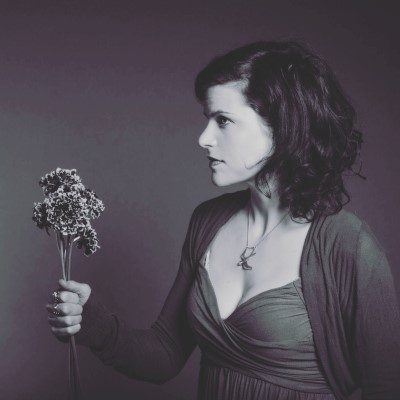 Toronto, ON-based alt-pop singer-songwriter, Carmen Toth has just released her EP entitled Safety Net, which was produced by Juno-winning producer Derek Downham. She will be hosting a release show tonight (March 24, 2018) at The Paddock Tavern in Toronto, so if you’re in the area be sure to stop by and check her out, but for now find out more about this talented Canadian artist in our newest segment of Five Questions With!

You can also stream her newest single, “Signs Of Life” below to give you a taste of what to expect from her show and EP.

My music is alternative pop music that reaches your soul. My sound is often compared to the music of the 80s and 90s and artists people often say I sound like are Kate Bush, Stevie Nicks and Cyndi Lauper.

As for my writing style: I have kept a journal since I was 14 and I fill one in about 6 months. So a lot of song themes and lyrics come out of that. I also tend to create songs while just practicing my guitar or keyboard, starting with a hook and singing to it and seeing what comes out. I use a ditto looper pedal as well, so some songs are actually built out of loops I create. I quite like the Voice Record iPhone app as I have captured many rough demos that way, and can send them to people like band members and producers. For latest EP, I did proper pre-production sessions with my producers, where we figured out arrangements before going into the studio. I have also recently started to get more into co-writing, and my next album will probably feature at least one co-write.

I am playing my “Safety Net” EP release show tonight (March 24) at The Paddock Tavern (178 Bathurst St., at Bathurst & Queen St. West), Toronto, doors 7:30 pm. Marcus Walker is opening the night at 8pm-ish, then Just Jillian (who I am singing backups for) at 8:45ish, then two sets from me and the band.

I basically wear my heart on my sleeve for any live performance. I put it all out there. I do a lot of stage banter as well. I play a lot of solo shows (using a looper to fill out my sound a bit) or with a single accompanist. Depending on the venue and length of set(s), I play guitar or both guitar and keyboard. For big shows like my EP release, I hire a full band. For the past year and a bit, I’ve been playing shows with Just Jillian (Jillian Bunting) and we play sets of both her original songs and my original songs, plus covers.

Share this:
Related Items
← Previous Story PREMIERE – Poor Judgement releases video for “A Month Ago”
Next Story → Inside The Music – The Indie Group & Co.