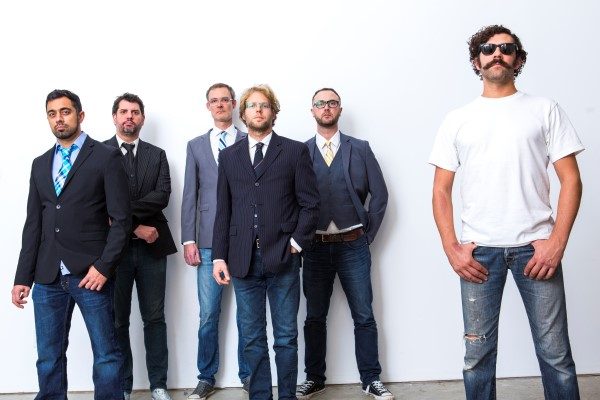 Victoria, BC-based electronica group, Astrocolor have released their new single, “Smell Of Acid” featuring Tyler Rowe. The single is a sample of what can be expected on their upcoming EP, Astrocolor III to be released on April 6 via Entertainment One Music.

“Some of my favourite sounds from the late ’90s, such as acid synths and breakbeats, have been resurfacing in modern music,” producer/DJ, Neil Cooke-Dallin says of the track. “During one of our Astrocolor recording sessions, our drummer laid down a really funky break while our bassist was playing a great loop-style line, and I knew immediately that we were onto something. We dropped the rest of the band into the mix and then I went to town on layering up some bubbling and squelching synths. It wasn’t until we had completed the instrumental arrangement that it dawned on me that an MC throwdown could take the track to higher heights. I pitched it to my friend, Tyler Rowe, we worked through some lyrics together, and then he just knocked it out of the park in what probably amounted to no more than 90 minutes of studio time. It was exactly what I had heard in my mind’s eye.”