PREMIERE – Exclusive first listen of “Loosey Goosey” by The Noolands 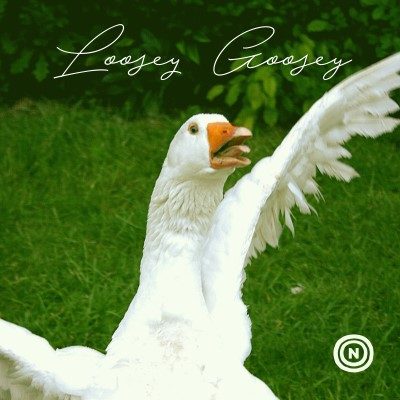 Emerging Barrie, ON-based rock & roll band, The Noolands will be releasing their newest single, “Loosey Goosey” on March 23, 2018, but the readers at Canadian Beats have a chance to hear it first, through our Exclusive First Listen. On top of this news, the band will also be releasing a new EP, Us on a Bus on April 27. So if you’re ready for some great new Canadian rock music, this is your chance. Check out “Loosey Goosey” below, and find out more about The Noolands via our newest segment of Five Questions With.

Yeah for sure! We’re called The Noolands, a rock & roll band from Barrie, Ontario Canada. Four years ago we all got together (Brandon Davenport, Aaron Casey and the twins, James and Jon Laxton) and started playing music. Our initial idea was to create a band to do co-writing projects with our friends, but we realized we worked so well together we should just keep writing music as a four piece.

Since we always jammed with our extended group of friends anyway, we wanted to get some of them in on our music like Meaghan Poole, an amazing saxophone player, to work with us on a few songs. It was that fall in 2014 when we laid down our first single “High School T-Shirt’ at Unity Market with Joshua Doerksen (AKA Papa Nooland). The next year we recorded our first EP “Generation Why” with Papa Nooland at Sprout Wise Records. After introducing ourselves to the music scene, we went back into the studio with Jeff Wardell on our second single “Record Man” and continued to grow our band and play some amazing shows with people we love.<

After a while, we found a new home recording with Shane Heath (aka Captain Nooland) owner of One Star studios and local tour stop, The Foxx Lounge. The last year has been a blast and we’re excited to say we’ve finally finished in the studio recording our new EP “Us on a Bus” and are very excited to announce we have a single coming out March 23rd called “Loosey Goosey”.

So that’s us, four friends who write and record music with the help of their best friends. We’ve been really lucky to build such a great team around us, who’ve been there since the beginning such as Joshua continues to work with us as our manager and executive producer. The best part of having the support of great people is that they keep pushing us, and we’ve been building a great momentum with no plans of slowing down!

Well, we all write songs individually but most of the time it’s a collective effort. We all come from many different backgrounds and feel inspired by lots of genres of music. Sharing each of our ideas and dancing through a musical conversation can be tough, but we’re lucky that most of the time it comes easy for us. It might start with a drum beat or a groovy bass riff that inspires a tasty little lick and before we know it, we are writing a new song! Each time we write a new tune, we like to let it have its own identity. We end up combining many genres of rock, from alternative to progressive, blues to funk. It’s a lot of fun!

Totally! We’re playing March 24th at The Junction city music hall in Toronto with our good friends The Drop Ups and on May 4th we have a real special show at The Foxx Lounge. It’s our “Us on a Bus” EP release party and the weekend of The Foxx Lounge anniversary as well we have a show in support of Smash the Stigma, a local charity for mental health awareness. At our live show, you can expect to see us switching instruments, calling each other names and dancing with the crowd. We have many more shows coming as we book our summer tour, make sure to check out our Bandsintown or our website to find out more!

That’s a hard question to answer because we really do love them all. Just ‘cause you’ve got us on the spot, we’d have to say our song “Generation Why” from our first EP of the same name. The real answer is our favorite song isn’t released yet!

Well, the twins grew up listening to artists like The Guess Who, Bruce Cockburn, and the Barenaked Ladies. Though lately, we all listen to a bunch of Canadian artists like Edward Sayers, Mother Mother, The Sheepdogs, Pup, and Sam Coffey and The Iron Lungs to name a few. Recently we even put together a playlist of all the local bands we’ve played with and consider our friends, called “Our Best Friends Playlist”.  It’s good to be inspired by the local bands around us as well as great Canadian acts that go on to have international success.