Home / Promos / Veronica goes Gold in Belgium with the song, “In The Mood”

Veronica goes Gold in Belgium with the song, “In The Mood” 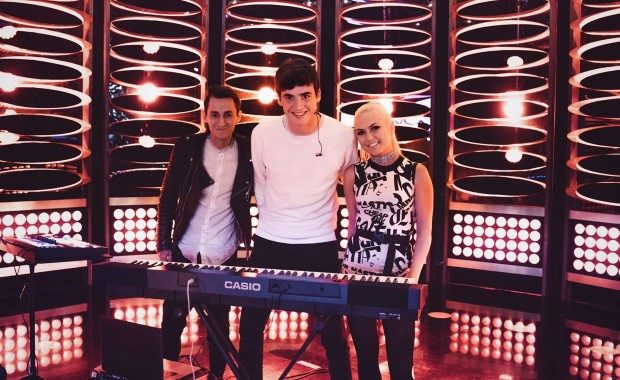 Toronto’s own Veronica got her first Gold in Belgium for, “In The Mood”, with Henri PFR.

“In The Mood was written by 3Stripe and myself. Romeo Blanco discovered me on Youtube and reached out to us via email, so we wrote the topline for them and sent it over to Belgium. We didn’t know if they were going to pick our song to be a single or if In The Mood was going to see the light of day! But Romeo reached out to us and told us Henri PFR was also going to be apart of the track and then Sony Music Belgium got involved. It was all such a dream. In early December I flew over to Belgium for a radio promotion tour and heard our song played every hour across all the stations. I flew over again at the end of January to perform at the d6bels music awards and we received our Gold Plaques! This journey so far has been amazing and we can’t wait to to see what will happen next.”

In Canada, “In The Mood” has just recently entered inside the Canadian Top 50 airplay charts (BDS & Mediabase Hit Radio Charts). Veronica is certainly someone you should be keeping your eye on.