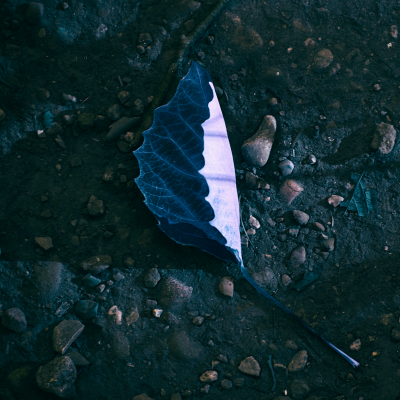 Kayobe was born and raised in Calgary, Alberta but later moved to Toronto, Ontario where he started his music career. He released his debut EP Hidden at the beginning of January.

The album starts off with a melodic intro, featuring a variety of sounds and tones that set the mood of the album. As soon as “Steppin” starts, the beautiful piano accompanied by Kayobes very smooth and powerful voice caught my attention right away. It has a modern RnB vibe to it with the smooth electronic feel in the background.

A singer by the name of Olive B joins Kayobe on the track “Sun Don’t Shine”. This song I had heard before even knowing who Kayobe was, as this song is relatively popular on the indie/electronic scene since I listen to bands like Breathe Carolina. The song is slow paced but catchy as the beat is easy to grab onto and enjoy.

“Whiteout” is an interesting twist as it starts as a white noise style song then leads into a faster tempo about 2 minutes in. The style is different but instantly catchy, making Kayobes style different from things I’ve heard before.

“Let Go” starts similar to a song by Childish Gambino. The drumbeat instantly grabs your attention and Kayobes beautiful, haunting voice is powerful and mixes amazingly with the music. This track feels like a great song to put on when just hanging out with friends, as it can be a perfect mood setter.

Now “Monks of Trinity // Saturn” is an instrumental that sounds exactly like the name. Not only does it make you feel relaxed like a monk but it makes you feel like you’re floating in space, or watching a space documentary. The overall feel of the song is mesmerizing and a very interesting end to Kayobes debut EP.

I can see Kayobe doing excellent at big dance music festivals all around the world, with his style being very popular once he starts. He has said he is exploring new styles every day so I’ll be interested to see how he continues on this journey.