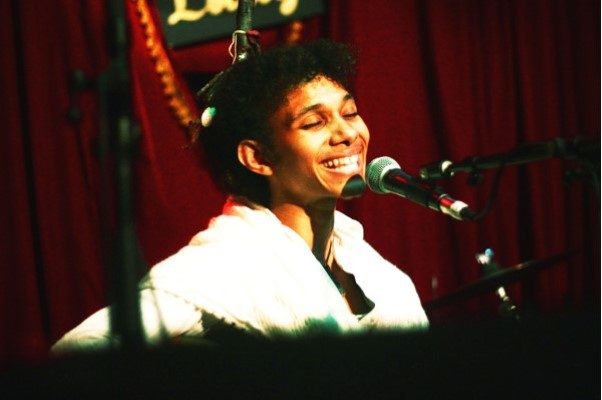 Toronto musical project, Amai Kuda et Les Bois, formerly known as Amai Kuda and Y Josephine have released their first track, “Train” under this new collective. Check it out below and find out more about them via our newest segment of Five Questions With!

We are a musical movement called Amai Kuda et Les Bois. I started out as a solo artist about ten years ago, and then in 2013 an amazing percussionist and singer, Y Josephine joined my project and we were known as Amai Kuda and Y Josephine. But the project continues to grow. My son, Kuda plays with us a lot and we often have different artists working with us, so Amai Kuda et Les Bois is a name that allows space for all of that. It also speaks to the roots of the music, which are very much in nature.

We call our music AfroSoul. I actually came up with that term about a decade ago because I felt it best described the unique sound that I was working with -rooted in African continental and diasporic forms like blues, soul, funk, reggae, jazz, hip-hop, R&B, Motown, rock, folk etc., but always coming from and speaking to the soul.  Several years after I began using the term, I also noticed it was being used to describe other artists, so I guess it’s a sound that’s emerging gradually in different corners.  Maybe it will develop into a more fully recognized genre at some point.

My writing process can vary a lot. Sometimes I’m messing around on the guitar and I develop something around a simple lick or chord sequence, but most times song ideas just come to me as I’m going about my day and I’ll record them on my phone to work on later. I have way too many ideas and not enough time to develop them all. And if I’m honest, I don’t think that the seeds of the songs are really mine. I spend a lot of time with trees and I am strongly connected to my ancestors. The song seeds are gifts from them. Then It’s my job to shape them and help them grow.

We’ll be doing a release party to celebrate our new work in early April. It hasn’t been officially announced yet, but if you stay tuned to our social media there will be more info posted soon. I think live performance is the best way to experience our music, and it’s the best way to experience most music, in fact, because it’s all about energy. The connection between musician and audience is most real during live shows, and it’s actually palpable when things are working right.

That’s a hard question. I feel that “Train” is my best song in many ways, but at the same time if you’re in a mood just to dance and have fun we have songs like Soul Man and Mountain (upcoming release) that are perfect for those moments.

There are so many great artists coming out of Canada. I enjoy a lot of the Weeknd and Drake’s stuff. I think Saidah Baba Talibah is one of our best singers and Tanya Tagaq is pushing boundaries in a way that I admire. Dieufaite Charles is a lesser known gem originally from Haiti and currently based in Toronto.