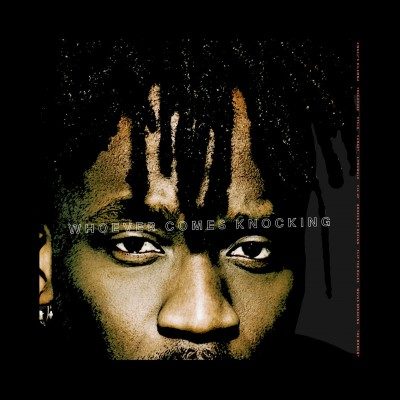 Three years in the making, Kae Sun released his anticipated 2018 album Whoever Comes Knocking with Moonshine Collective. Drawing on inspirations from both his Ghanaian and Canadian backgrounds, the album features 10 tracks that touch on both poetic and political messages.

Born Kwaku Darko-Mensah Jnr., Kae not only wrote the album, but also holds co-production credits alongside his longtime collaborator, Joshua Sadlier-Brown.; writing it over the course of three years in Montreal, New York, Ghana, and Germany.

The opener, titled “Kwaku’s Dilemma”, samples a beautiful Ghanaian chant and its energy carries throughout the three-minute track – on top of an unexpected synth rhythm- before his echoing voice meets you half-way. “Treehouse” leans on the sultry side with a Miguel-like energy.  Picking up the energy with a sprinkle of pop flavor is “Stalk”, an exultant energy-booster.  “Canary” is a piano-driven ballad where you’ll hear some of his perfect falsetto; while “Longwalk” is influenced by the Black Lives Matter movement- the song itself is haunting and heart-thumping.

The only collaboration on the album comes from “Fix Up”electro-R&B mix that features Montreal-based singer Ariane Moffatt and influenced by the drug culture among African youths he witnessed during a visit to Berlin.  He takes on heartbreak with “Broken by Design” and “Flip The Rules” delivers sexy vocal runs and a 90’s-inspired beat. “Breaking” is a solid mid-tempo lead-in to the hopefulness of “The Moment”; a beautiful ballad with the profoundness that lies in lyrics like ‘don’t ever question the moment.’

Ever since his critically-acclaimed 2013 sophomore album Afriyie, fans have been anxiously waiting and watching to see what Kae does next. His ability to pull from all these genres- pop to R&B to afrobeat- is a testament to the talent he possesses and continues to show us with each new release. Lyrically he’s an impressive storyteller, and melodically, well you can’t hear one of these songs without the need to move to it. With only three albums in, here’s hoping there’s much more to come from Kae Sun.