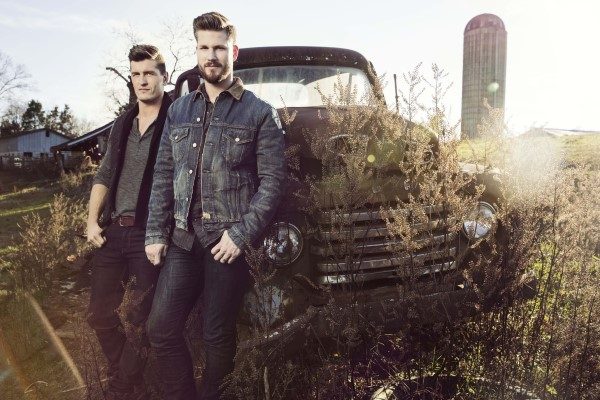 High Valley have continued to be on a whirlwind adventure since the release of their last album, Dear Life. The duo released the album in November 2016 and have since received a Juno Award nomination for Country Album of the Year. Currently, High Valley has a top ten radio hit in the United States with their single “She’s With Me.”

Most recently High Valley received some exciting news when they got word that they were nominated for their first Academy of Country Music Award for New Vocal Duo or Group of the Year. If they go on to successfully win the award, they will be placed in a very elite category of selected Canadian artists who have an ACM Award to display proudly. “The past few days have been unbelievable! To have our first ACM Nomination and first Top 10 single in the same week has been so shocking,” shared Brad with Curtis adding, “We’ve always dreamed big, but never expected 2018 to start off quite this amazing!!”

With life on the road, successful radio singles, and their recent award nominations High Valley managed to take a little time to record and release their new acoustic album, High Valley: Farmhouse Sessions. The seven tracks were recorded live and on a farm just outside of Nashville to give their fans another taste of their dynamic bluegrass-meets-country sound. The new acoustic album will be available on March 23rd, 2018.

The latest single from Dear Life is the track “Young Forever” which is available for request now at your local radio stations. The song was selected to be included on the in-game soundtrack to the video game series Madden NFL 17. This newest release is in addition to the other great singles released from Dear Life including the title track and “Every Week’s Got A Friday.” Both singles broke into the top ten with their single “I Be U Be” reaching number one and earning a gold certification.

Right now High Valley is making their way across the United Kingdom before heading to Australia. After a few U.S. dates, the duo is scheduled to perform across Ontario in the month of April.