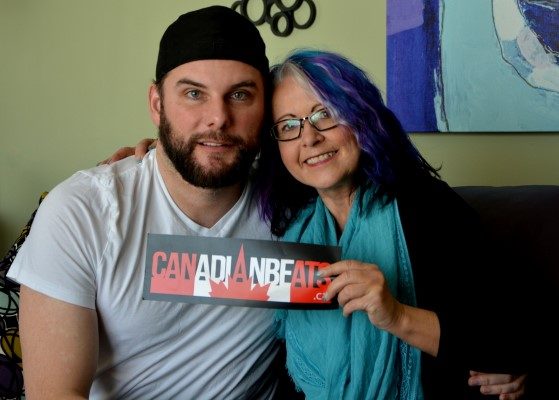 Brad James is a country music singer-songwriter who hails from Hamilton, Ontario. I first met James at the CCMAs in Hamilton is 2011 and have been a fan ever since. His voice has so much strength to it and his songs bring that out. James has also worked hard to get to this point in his career and he has turned out to be truly outstanding.

It was a long two weeks of driving from Vancouver, across the prairies, to Winnipeg for James and his manager, Kim Stoneburg, so to be able to sit back and relax a bit before catching their plane home was a good thing.  Although he is well known in Ontario, now is the perfect time for him to also get his name out there in the West. He was on his final day of a Western Canada radio tour when we at Canadian Beats were given the opportunity to sit down and chat with James about his career and his upcoming single and CD All Day Long.

I was so pleased that he ended this interview by performing a single off his new album, “Love The Way You Drink.” So watch to the end because you’ll want to catch the song.

Watch for his single, “All Day Long” to be released in the near future with the CD, by the same name, shortly after.